More women have added their names to a class-action lawsuit alleging they were sexually assaulted by Canadian fashion mogul Peter Nygard. Eleven women recently joined the lawsuit, filed in the U.S.
Jun 17, 2020 12:54 PM By: Canadian Press 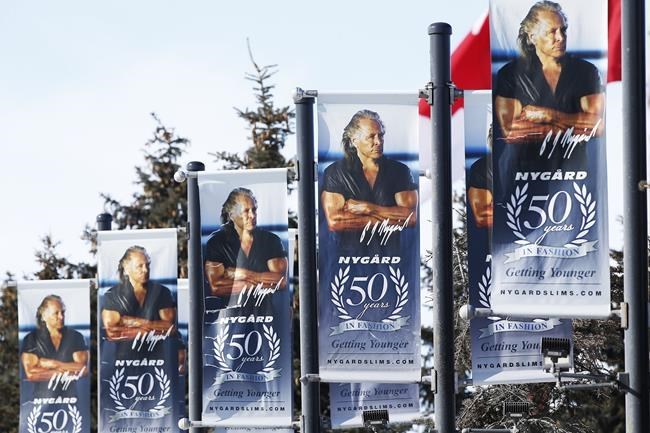 More women have added their names to a class-action lawsuit alleging they were sexually assaulted by Canadian fashion mogul Peter Nygard.

Eleven women recently joined the lawsuit, filed in the U.S. District Court for the Southern District of New York, bringing the total number of plaintiffs to 57.

The amended suit claims several of the new plaintiffs were underage when they were sexually assaulted.

It also alleges that Nygard used violence, intimidation, bribery and company employees to lure victims and avoid accountability for decades.

Nygard has denied all allegations and blames a conspiracy caused by a feud with his billionaire neighbour in the Bahamas.

Nygard stepped down as chairman of his company after the FBI and police in New York City raided his offices in February.

"Not only have we spoken to dozens of survivors, but we have also interviewed additional witnesses from the United States, Canada, and the Bahamas, who are finally coming forward," Greg Gutzler, one of the lawyers representing the women, said in a news release Tuesday.

The original lawsuit against Nygard was filed in February and included allegations from 10 women accusing him of enticing them to his estate in the Bahamas. Dozens more women were added to the lawsuit in April, including 18 Canadians.

The women share similar stories about being brought to Nygard's offices and properties after promises of modelling and other career opportunities. Some allege they were given alcohol spiked with drugs before they were sexually assaulted.

The women are asking for a trial by jury and are seeking yet-to-be determined damages.

Nygard, once one of the richest people in Canada, started the company more than 50 years ago in Winnipeg, where it is still headquartered.

The lawsuit says Nygard has an estimated net worth of about $900 million.

This report by The Canadian Press was first published June 17, 2020