Overwhelming evidence showing another vessel's lights were off at the time Linda O'Leary crashed into it means she shouldn't be found guilty in the deadly boat collision, her lawyer argued in court Thursday.
Jul 22, 2021 5:11 PM By: Canadian Press 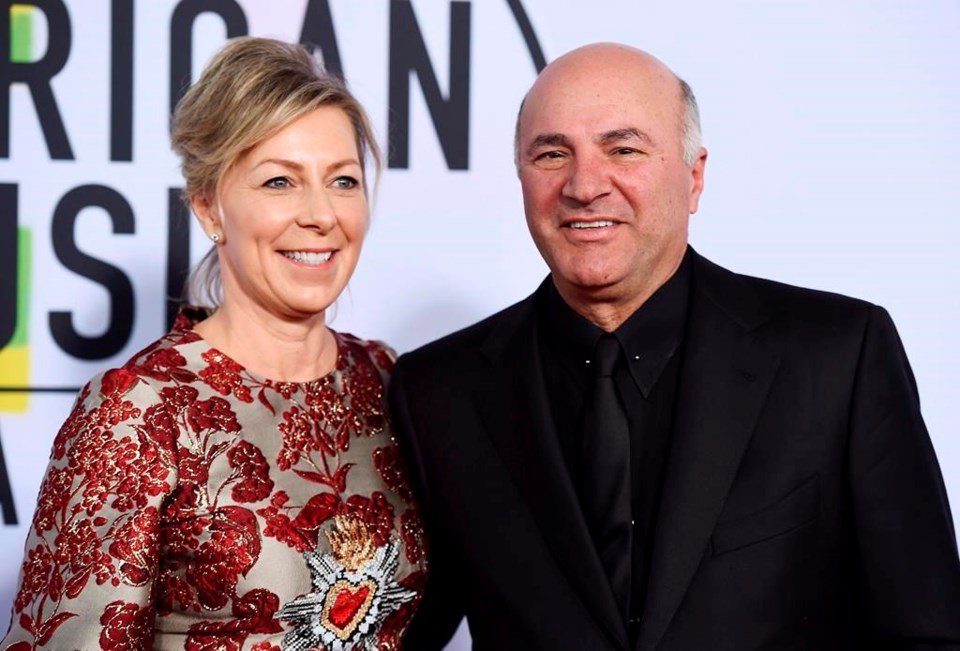 Overwhelming evidence showing another vessel's lights were off at the time Linda O'Leary crashed into it means she shouldn't be found guilty in the deadly boat collision, her lawyer argued in court Thursday.

In closing arguments, Brian Greenspan said his client ought to be exonerated in the August 2019 crash on Lake Joseph, north of Toronto, that killed two people.

"She was doing all the right things at the right time when this terrible tragedy occurred," Greenspan said. "The Crown's case, in our submission, is one of conjecture and speculation"

O'Leary, the wife of celebrity businessman Kevin O’Leary, has pleaded not guilty to one charge of careless operation of a vessel under the Canada Shipping Act.

Greenspan told court that there's strong video and witness evidence that the lights of the other vessel -- a Nautique-- were off at the time of the crash.

"There can be no rational, reasonable evidential foundation for a suggestion that the Nautique was anything other than invisible to Mrs. O’Leary on that dark, moonless night," he told court.

The Crown argued, however, that defence testimony from Kevin O'Leary revealed that the couple were not looking out for the possibility of unlit objects on the water, as they should have been.

"They assumed, wrongly, that if they didn’t see any lights, there was nothing in their way. This is clearly in contravention of the collision regulations and a breach of Linda's duty to not operate her vessel in a careless manner," federal prosecutor Samir Adam told the court.

Adam made the case Thursday that given the pitch-black darkness of the night, Linda O'Leary should have been driving slower than the "planing" speed her husband testified they were travelling at. Not doing so, Adam said, constituted careless operation of the boat under the circumstances.

He also pointed to Kevin O'Leary's statement to police and court testimony that he could see the other boat when it was "at a distance of five feet" as proof that the other boat was not invisible, as the defence has maintained.

Greenspan argued that it's not possible to know the speed Linda O’Leary was driving, whether she was impaired by alcohol at the time or whether she was operating the boat in a careless manner.

Greenspan argued his client should be cleared of responsibility because the Crown couldn’t prove any of those factors played a role in her actions.

The question of whether the other boat had its lights on has been a point of contention in the case.

Kevin O'Leary testified on Wednesday that he saw "zero light" coming from the other vessel involved in the late-night crash until after the collision.

The former "Dragon's Den" star was a passenger on the family's boat at the time of crash, along with another friend who was injured.

Witnesses on the other boat of stargazers, including a man on the other vessel who was charged in the crash with failing to exhibit a navigation light, testified that they remembered some lights being on.

But Greenspan said those witnesses' testimony should be treated with caution.

He argued the judge should reject their evidence because it doesn't line up with video that showed lights on the Nautique vessel were off when the crash happened. Witnesses who were at the O'Leary cottage at the time testified that they saw the other boat's lights turn on only after the crash.

Greenspan also pointed to witness testimony from Linda O'Leary's husband saying she was an experienced and careful boater, and followed proper safety precautions that night.

Kevin O'Leary also testified that he did not recall if his wife had consumed alcohol in the hours before the crash.

Greenspan argued Thursday that the Crown does not have evidence to prove the meaning of that test result or whether it affected his client's boating.

He also pointed to video evidence of her leaving a dinner party at another cottage just before the late night crash in which she appeared to be functioning normally, as well as testimony from her husband that she was an experienced boater who followed safety protocols that night.

In the Crown submissions, Adam argued that the skills of a particular driver aren't relevant when weighing such a case. He also argued that cases involving regulatory legislation rather than criminal legislation often give greater weight to public good over individual interests.

"This is about public safety, it is not about Linda O’Leary," Adam said.

Gary Poltash, 64, of Florida, and Suzana Brito, 48, from Uxbridge, Ont., died from their injuries after the crash and three others were also hurt.

This report by The Canadian Press was first published July 21, 2021.