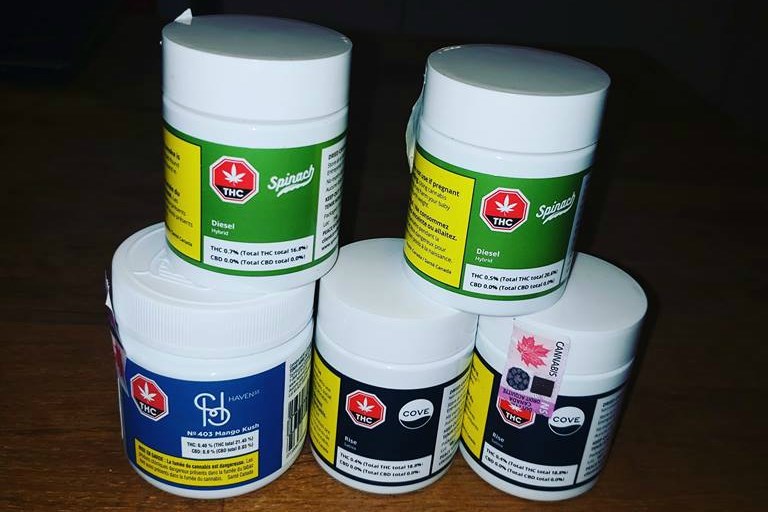 A Halifax man has an innovative idea to repurpose some of the plastic pot packaging.

Since cannabis became legal last week, people have been raising concerns about the amount of packaging the product comes in, including child-proof plastic containers.

Jake Boudreau wants to use the container lids to make artificial limbs.

"We thought it would be a great opportunity to put ourselves out there and want to be the first to deal with this situation," he told NEWS 95.7's The Sheldon MacLeod Show. "It really is a big problem, there is a lot of plastic waste that is going through the NSLC."

After being inspired by a YouTube video last year, Boudreau launched Kindness3D, a non-profit chapter of e-NABLE, which helps those in need of artificial hands and arms.

He's been using a 3D printer to make prosthetics ever since. First for a woman in Sao Paulo, then for a 6-year-old girl in Costa Rica.

He has now partnered with a professor at Dalhousie University to turn plastic lids from water and pop bottles into filaments, which is 3D printing material.

"He's taken a paper shredder and we've taken our time modifying it," he explained. "We just kind of widened it. We bought it on Amazon, and just kind of hacked it to make sure it's ready to break down some plastics."

They now think they can also repurpose cannabis lids and are working on getting some larger shredders that could also break down the containers.

"We don't have much overhead for people donating plastic and we're helping out," he said. "We have a solution for this waste problem. I'd rather use this plastic for an artificial limb than just see it go to a landfill."

At this point, those wanting to help Kindness3D can drop off the cannabis container tops at Good Robot Brewing Company on Robie St., but Boudreau is thinking bigger.

He's launched an online petition to try and convince the NSLC to start collecting caps.

"It's a ton of wasted plastic and we don't have a solution for it. We don't have an area where we can bring these lids and repurpose them," Boudreau said. "Whether it's breaking these down and doing good things with them, that's something we should explore."

"I'm really hopeful and optimistic the NSLC is going to be onboard with a project like this and start collecting for us."

Boudreau is also in the process of creating his third artificial limb. He hopes to send the 3D printed prosthetic to a girl in California by early next month.

The latest on protests across Canada in support of Wet'suwet'en hereditary chiefs
Feb 25, 2020 5:49 PM
Comments
We welcome your feedback and encourage you to share your thoughts on this story. We ask that you be respectful of others and their points of view, refrain from personal attacks and stay on topic. To learn about our commenting policies and how we moderate, please read our Community Guidelines.

About the Author: Meghan Groff

Born in Michigan, raised in Ontario, schooled in Indiana & lives in Nova Scotia; Meghan is the community editor for HalifaxToday.ca.
Read more