VANCOUVER — Police say there's been a "dramatic increase" in the number of vandalism or mischief incidents against properties owned by churches in Vancouver and they're concerned an escalation could lead to injury. Sgt.
Jul 22, 2021 6:10 PM By: Canadian Press 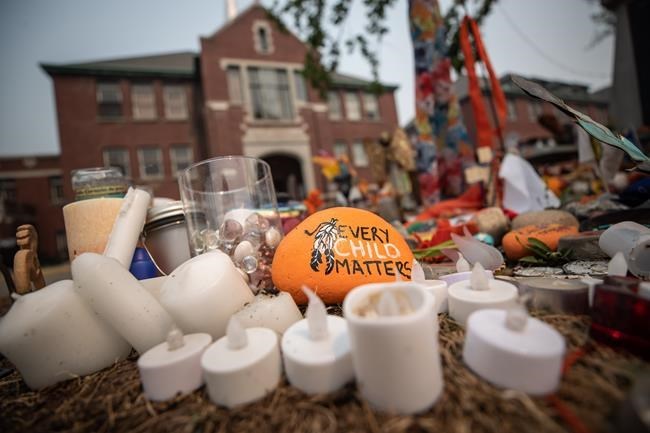 VANCOUVER — Police say there's been a "dramatic increase" in the number of vandalism or mischief incidents against properties owned by churches in Vancouver and they're concerned an escalation could lead to injury.

Sgt. Steve Addison said Thursday there have been 13 incidents since early June including threats to set fires. Paint has also been used to deface buildings and rocks have been thrown through windows at Christian churches.

One pastor found a canister with about four litres of lighter fluid and rags near the side of his church while doing rounds at 4 a.m. He also saw a man standing in the middle of the street watching the building, police said.

The incidents correlate with the discovery of unmarked graves of children outside the former residential school in Kamloops and elsewhere in Canada, Addison said.

"I'm here to say there are better ways to express your anger and frustration and express your view than committing crime."

He said police are worried there could be a "contagion effect" that causes people to become emboldened to participate in more risky activity.

Many people live in the city's churches, while others serve as shelters, raising the possibility that someone could be hurt, he said.

Several Catholic churches have recently been vandalized or damaged in fires following the discovery of unmarked graves at former residential school sites. Prime Minister Justin Trudeau has joined Indigenous leaders in echoing the call for an end to the fires.

Addison said property crime investigators are involved in the cases in Vancouver. The hate crimes and criminal intelligence units are also looking into the incidents, he added.

This report by The Canadian Press was first published July 22, 2021.

Seniors cut off from income supplement after receiving emergency benefits
Aug 5, 2021 4:00 AM

Meng Wanzhou's lawyers claim U.S. is a 'repeat misleader' in her extradition case
Aug 5, 2021 4:00 AM
Comments