OTTAWA — Amid the COVID-19 pandemic, the Chinese Embassy in Canada says Michael Kovrig has been allowed to have a telephone conversation with his father, who is very ill.
Mar 13, 2020 4:59 PM By: Canadian Press 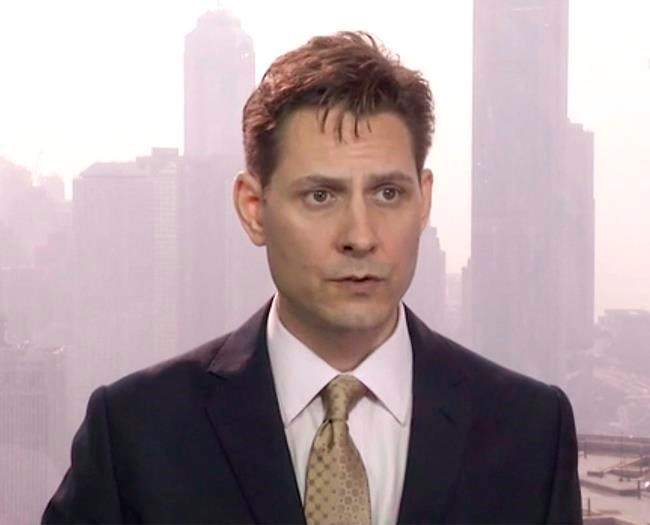 OTTAWA — Amid the COVID-19 pandemic, the Chinese Embassy in Canada says Michael Kovrig has been allowed to have a telephone conversation with his father, who is very ill.

The embassy says in a statement that they allowed this for humanitarian reasons, and it also says Kovrig and fellow detainee Michael Spavor are being given better food to strengthen their immunity against the novel coronavirus, which originated in China.

"China's judicial authorities have ensured that Michael Kovrig and Michael Spavor have received adequate humanitarian treatment as other suspects of the same kind," the statement says.

"Both of them are physically sound and mentally stable. Their lawful rights are fully protected."

Since the outbreak, the Chinese government has "tried its best to address their reasonable concerns."

"The authorities have provided better food for all the detainees, including Michael Kovrig and Michael Spavor, so as to help strengthen their immunity," the statement says.

"Second, given the relevant detention centres have been totally enclosed due to the epidemic, to ensure their contacts with the Canadian consular agencies in China, the frequency of transference of letters and parcels to Michael Kovrig and Michael Spavor has been increased as interim arrangements."

The embassy does not provide further details about the condition of Kovrig's father.

"The Chinese authorities, proceeding from humanitarian consideration, have allowed Michael Kovrig to have a phone conversation with his father as a special arrangement within the law, when they learned that Michael Kovrig's father is very ill," said the statement. "The aforementioned measures have fully demonstrated China's goodwill, and Michael Kovrig and Michael Spavor have expressed their gratitude."

But Friday's Chinese statement also maintains Beijing's firm position since the events of December 2018, which have plunged Sino-Canadian relations to a new low. Kovrig, a diplomat on leave who was working with the International Crisis Group, and Spavor, an entrepreneur, have been imprisoned in China since December 2018. Their detention is widely viewed as retaliation for Canada's arrest of Chinese high-tech scion Meng Wanzhou nine days earlier.

She was arrested at the Vancouver airport on an extradition warrant from the United States, which wants her on bank-fraud charges.

Meng is out on bail and living in a luxury Vancouver home, as her extradition hearing remains before a British Columbia court.

Friday's statement says Kovrig and Spavor are "suspected" of endangering China's national security and their cases are being handled lawfully while the Canadian government can't "explain which law of Canada Ms. Meng Wanzhou violated."

"For some time, a few people in Canada have been hyping up the cases of Michael Kovrig and Michael Spavor and comparing them to the case of the innocent Chinese citizen who was arbitrarily detained by Canada," the embassy says.

The update offers a small window into the secretive detention of the two Canadians; neither government has provided great detail about the conditions under which the "two Michaels" are being kept. Each has been allowed consular visits about once a month, but so far, neither man has been allowed contact with his family, or access to a lawyer.

Dominic Barton, Canada's ambassador to China, recently said little is being said about the two men to adhere to the wishes of their families.

The Canadian government maintains the two are being arbitrarily detained. The office of Foreign Affairs Minister Francois-Phillipe Champagne had no further comment on Friday.

This report by The Canadian Press was first published March 13, 2020.

New maritime cybersecurity centre to fight pirates — and not the swashbuckling kind
Jan 28, 2021 7:00 AM

After Sloan's ouster, other conservative factions wonder what's next for them
Jan 28, 2021 4:00 AM
Comments