OTTAWA — Canada is sending a military transport plane and about 15 personnel to help fight bushfires in Australia. The Canadian Forces say the CC-17 Globemaster is leaving Monday.
0
Jan 25, 2020 6:56 PM By: Canadian Press 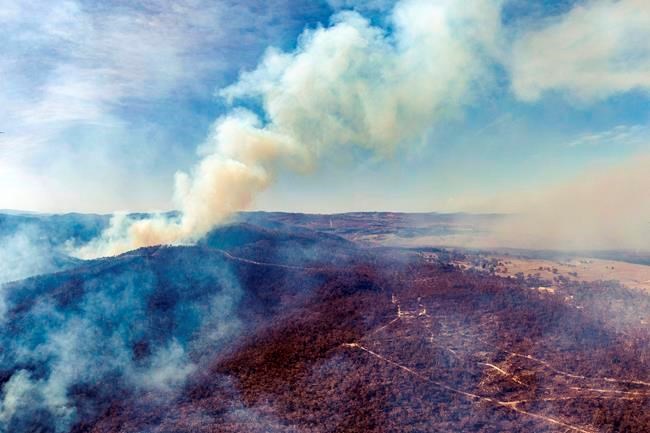 OTTAWA — Canada is sending a military transport plane and about 15 personnel to help fight bushfires in Australia.

The Canadian Forces say the CC-17 Globemaster is leaving Monday.

The plane and crew are to transport fire retardant from the United States, free up Australian airlift capacity and take images of fires from the air to measure them and predict how they might spread.

They're going as part of Operation Renaissance, a standing mission that sends military help to other countries coping with natural disasters.

Canada has already sent about 100 firefighters and experts to Australia to help combat the fires that have consumed millions of hectares of bush, particularly in the southeastern part of the country.

Last week a Canadian-owned air tanker crashed as it dropped a load of fire retardant in an alpine valley, killing its three American crew.

This report by The Canadian Press was first published Jan. 25, 2020.

No winning ticket for Friday night's $65 million Lotto Max jackpot
Feb 22, 2020 6:23 AM
SARS lessons help Canada prep for COVID-19, but hospital capacity a worry
Feb 22, 2020 6:10 AM
Ontario Tories hold annual policy convention amid union protests
Feb 22, 2020 4:00 AM
Comments
We welcome your feedback and encourage you to share your thoughts on this story. We ask that you be respectful of others and their points of view, refrain from personal attacks and stay on topic. To learn about our commenting policies and how we moderate, please read our Community Guidelines.