OTTAWA — Bloc Québécois Leader Yves-François Blanchet is urging the federal government to apologize for having invoked controversial legislation during the October Crisis in Quebec 50 years ago.
Oct 28, 2020 2:31 PM By: Canadian Press 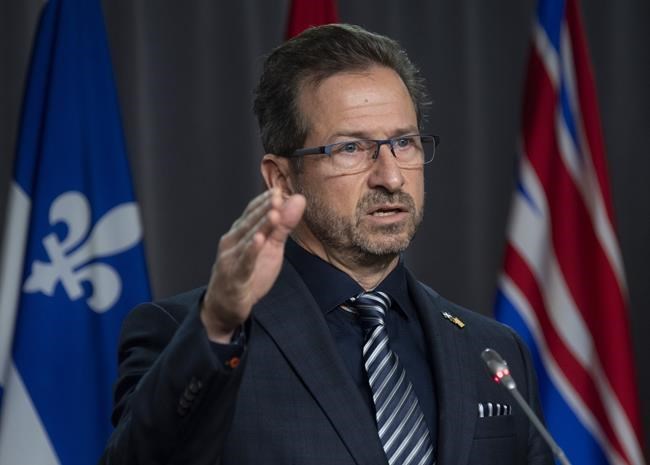 OTTAWA — Bloc Québécois Leader Yves-François Blanchet is urging the federal government to apologize for having invoked controversial legislation during the October Crisis in Quebec 50 years ago.

In October 1970, the Liberal government under then-prime minister Pierre Trudeau decided to suspend civil liberties by invoking the statute then known as the War Measures Act in response to the kidnapping of a Quebec cabinet minister and a British diplomat by members of the militant FLQ separatist group.

The move, which came at the request of the Quebec premier and Montreal's mayor, led to soldiers patrolling the streets as authorities rounded up hundreds of residents under suspicion of involvement in the abductions.

In a motion put forward this week, Blanchet demanded an official apology from the prime minister for his father's deployment of the army to arrest and detain without charge nearly 500 Quebecers.

Blanchet said he has not secured support from any other parties.

He criticized the Conservatives for refusing to call for an apology over a law that "attacked the dignity of a whole nation."

"You cannot pretend to be deeply in love with Quebec without respecting the desire of Quebecers to receive some apologies from Her Majesty’s government," Blanchet told reporters Wednesday.

Opposition House leader Gérard Deltell confirmed the Conservatives plan to vote against the motion on Thursday.

"For us the October Crisis is first and foremost the death of the deputy premier of Quebec, Pierre Laporte, a guy who had been elected by the people of Quebec who had been killed by terrorists," Deltell said on his way into the Conservative caucus meeting.

The October Crisis, which culminated in the discovery of Laporte's body in the trunk of a car, marked the first time the War Measures Act had been invoked in peacetime.

The Emergencies Act replaced the War Measures Act in 1988.

Note to readers: This is a corrected story. A previous version said the War Measures Act was passed 50 years ago.