HALIFAX — A human rights board of inquiry has found that a Black man was discriminated against by Halifax police when he was ticketed for jaywalking.
May 5, 2021 5:21 PM By: Canadian Press 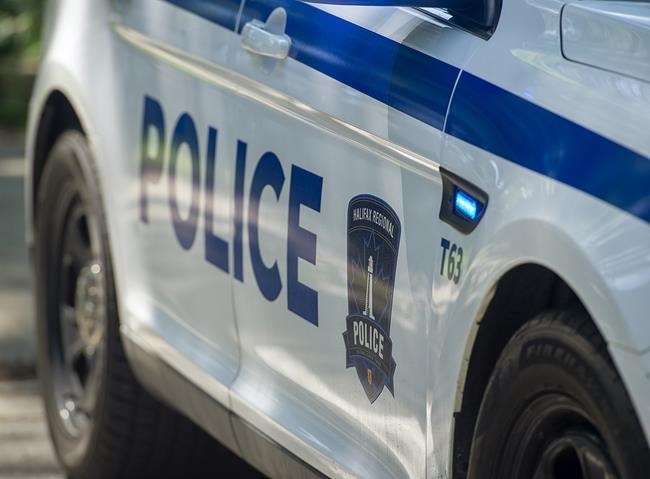 HALIFAX — A human rights board of inquiry has found that a Black man was discriminated against by Halifax police when he was ticketed for jaywalking.

Board chairman Benjamin Perryman released a decision Wednesday that finds Gyasi Symonds faced discrimination based on his race when he was stopped by two officers and later received a $410 ticket in the lobby of the downtown building where he works.

In his ruling, the board chairman describes two encounters between Symonds and constables Paul Cadieux and Steve Logan that started when the provincial civil servant was observed crossing Gottingen Street on Jan. 24, 2017 to get a coffee.

The decision says the officers first stopped Symonds as he headed for the Nook Espresso Bar across from his office without using a crosswalk at the corner. They warned him about jaywalking and told him he was free to go.

Perryman said that first encounter was "brief and cordial."

The decision says the facts of what happened next were disputed, with Symonds telling the board he crossed at the intersection when he returned to his office and the two police officers saying they observed him again crossing in the middle of the block and that he didn't yield to a bus. The officers followed him into his office building and gave him a ticket.

Under the province's Motor Vehicle Act, it's an offence if someone crosses a road at a place where there's not a regular crossing for pedestrians and doesn't "yield the right of way to vehicles on the roadway."

However, Perryman found in his ruling that it was "more likely than not" that Symonds didn't jaywalk on his return trip and concluded the officers' decision to wait and observe the man was based in part on race.

Perryman has ordered the Halifax Regional Police to pay Symonds $15,232 and give him a written apology. He also suggests all new hires complete training in policing without bias.

The board of inquiry chairman noted inconsistencies in the constables' recollection of what they saw when they testified that Symonds crossed in front of a bus on his return to the office, while finding the complainant’s recollections to be more credible.

“I do not go so far as to find that the Halifax Regional Police officers constructed their evidence .... However, on the evidence before me, I am not satisfied that there was a good basis for issuing such a ticket and there was certainly no basis whatsoever to be targeting the complainant in the first place,” he wrote.

Perryman noted that he was concerned about the decision of the officers to remain and observe Symonds after the first encounter, as the man exited the coffee shop to return to work.

His decision says the officers told the board of inquiry they kept watching Symonds because they had some time available and that it was a so-called “de-escalating tactic,” where they believed police presence would deter law-breaking.

“It subjected the complainant to policing that was different from other Nova Scotians going about their day. It was disproportionate to the circumstances of an individual crossing in the middle of the road to get a coffee and receiving informal education about jaywalking” he concluded.

"I find that race was a factor in the police officers' decision to target the complainant for surveillance and investigation."

Perryman said the encounter between the officers and Symonds in the lobby of the office building was "not a cordial interaction." However, he concluded the treatment of Symonds at that point may have been rude, but it wasn't racial discrimination.

He noted the two officers were relatively new on the job, and Cadieux had only been on patrol for a few weeks. The ruling also finds the training provided to Cadieux and Logan was inadequate and contributed to their discriminatory behaviour.

The ruling notes a Halifax police course on "legitimate and bias-free policing" was offered in 2009 but was not offered again until 2018, some time after the incident.

The decision dated April 29 also says this training should be well-documented and access to statistics should be publicly available.

This report by The Canadian Press was first published May 5, 2021.

Indigenous child-welfare battle heads to court despite calls for Ottawa to drop cases
Jun 13, 2021 7:00 AM

Advocates call for more rights for migrant workers amid deaths on the job
Jun 13, 2021 7:00 AM
Comments