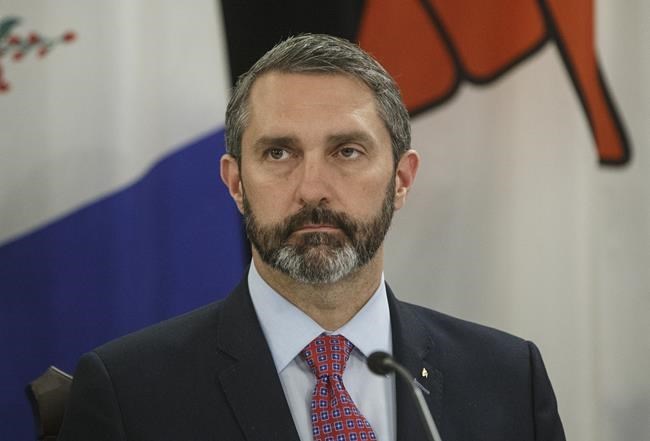 In its budget tabled Thursday, the territorial government says it plans to spend $434.3 million on capital projects, a 17 per cent rise in spending from last year's budget.

About $70 million is earmarked for infrastructure improvements.

The government is forecasting a $12.7-million deficit in its $1.79-billion budget, with the COVID-19 pandemic blowing apart its $4.1-million surplus last year.

Premier Sandy Silver, who also serves as the finance minister, said in a statement that his government has put the territory's financial future on a stable path.

Despite the economic hit caused by the pandemic, the government estimates its GDP will grow by 7.9 per cent in 2021, largely driven by the resource sector through the Eagle Gold mine and the restarted operations in the Keno Hill district.

The territory also announced plans for $15 million in funding to support a new universal child-care program, which it says will save families $700 on average per month per child.

"There is no way to be fully prepared for the wide-reaching impacts of a global pandemic. Fortunately, the fundamentals were in place that have allowed our territory to navigate the pandemic confidently while staving off the most dire consequences," Silver told the legislature.

But the official Opposition claimed the budget is a mixture of rehashed promises and projects that won't be realized ahead of a potential territorial election.

"It's very much a budget aimed at promising everyone something, but the record of what they've delivered and promised is actually weak," said Brad Cathers, the Yukon Party's finance critic.

Cathers said his party is concerned about the level of spending, with revenue showing a healthy rate of growth offset by high levels of spending.

"That has been a pattern throughout their term in office," he said.