Ford Motor Company of Canada, Ltd. says its workers represented by Unifor have voted in favour of a new contract that runs through 2023. The deal, which was announced by Unifor last week, includes a $1.
Sep 28, 2020 1:26 PM By: Canadian Press 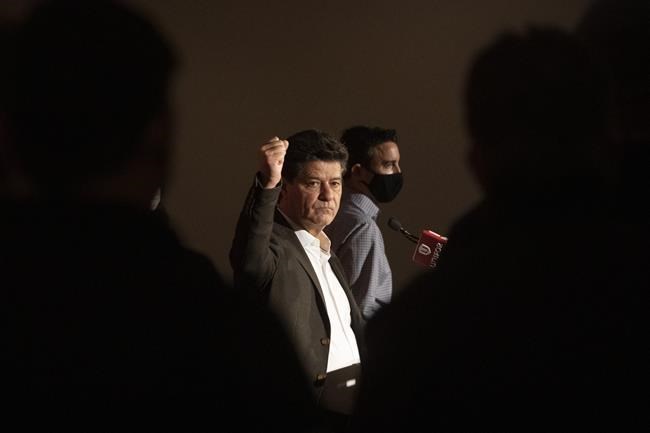 Ford Motor Company of Canada, Ltd. says its workers represented by Unifor have voted in favour of a new contract that runs through 2023.

The deal, which was announced by Unifor last week, includes a $1.8-billion investment to build electric vehicles at the company's plant in Oakville, Ont. and $148 million for Windsor, Ont. powertrain plants.

About 81 per cent of workers voted in favour of the deal, the union said.

Ford said the deal will see more flexible work arrangements and a quicker path for new hires advancing up the ranks. It also includes two 2.5-per-cent raises and a $7,250 ratification bonus for full-time, permanent workers.

Stoneley also said that "discussions continue with both the federal and provincial governments."  Despite reports that the government was interested in investing in the deal, Unifor national president Jerry Dias declined last week to disclose any specifics amounts tied to the government.

Unifor's local union leaders endorsed the deal over the weekend and urged workers to ratify the agreement on Sunday.  John D'Agnolo, chairman of the bargaining committee, described the negotiations as "some very intense weeks of bargaining."

The deal fulfilled a push by Unifor to get new product commitments and funding toward electric vehicles from the three major Detroit automakers after GM downsized its plant in Oshawa, Ont. last year.

"This is the single biggest investment in the Canadian auto industry in years, providing long-term job security for Unifor members," Dias said in a statement.

This report by The Canadian Press was first published Sept. 28, 2020.