BOLINGBROOK, Ill. — A leading U.S. cosmetics chain has halted expansion plans into Canada, saying it will instead focus on its U.S. operations and "omnichannel capabilities" including online shopping. Ulta Beauty Inc.
Sep 24, 2020 2:33 PM By: Canadian Press 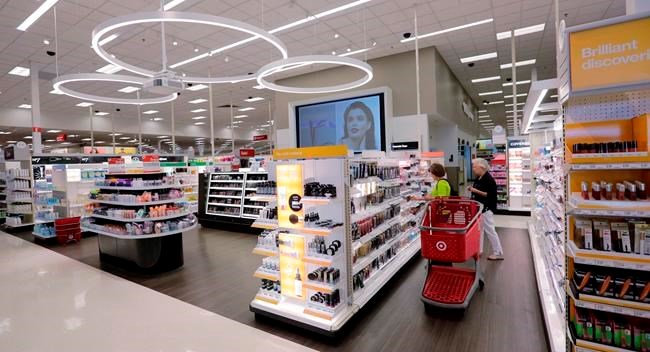 BOLINGBROOK, Ill. — A leading U.S. cosmetics chain has halted expansion plans into Canada, saying it will instead focus on its U.S. operations and "omnichannel capabilities" including online shopping.

Ulta Beauty Inc. unveiled plans in May 2019 to become a “global beauty retailer” starting with a launch into Canada’s competitive cosmetics market.

But in a filing with the U.S. Securities and Exchange Commission on Wednesday, the Illinois-based retailer said it was scrapping its foray north as a result of the "current operating environment."

“The company has decided at this time to prioritize growth of its U.S. operations and is suspending its planned expansion to Canada,” the company said.

The beauty retailer said halting those plans will cost US$55 million to US$65 million as a result of lease obligations for a small number of stores and early-stage infrastructure buildout.

Kecia Steelman, Ulta’s chief store operations officer and president of its international division, said the company “did not take lightly” the decision to call off the expansion.

“After thoughtful consideration of the current landscape and the impacts of COVID-19, Ulta Beauty made the difficult decision to end its previously announced expansion to Canada,” she said in a statement.

“The impacts of COVID-19 are real and we continue to believe further time is needed for demand to fully recover.”

“We have learned a great deal throughout this process and will apply those learnings when the time is right,” she said.

Meanwhile, the company is now focused on safeguarding and growing its U.S. business.

The company said it’s also working on its “omnichannel capabilities,” which will improve customer experiences both online and at brick-and-mortar stores.

It’s something established players in Canada’s competitive beauty market are also focused on.

Sephora, a personal care and beauty store chain, announced on Thursday plans to partner with delivery firm Instacart to offer same-day delivery from nearly all locations across North America – including Canada.

A spokeswoman said the rollout is at stores across all provinces, with Quebec offering the service starting next month.

She said now more than ever customers are seeking “ease and convenience.”

“We’re always looking for unique, yet practical ways to meet our clients at every touchpoint,” Bojanowski said in a press release.

This report by The Canadian Press was first published Sept. 24, 2020.