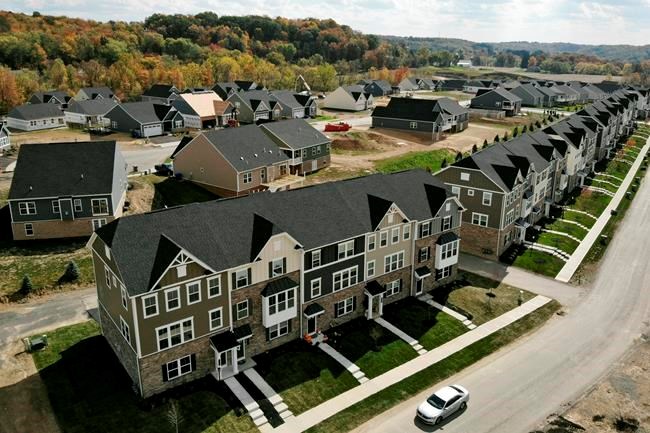 SILVER SPRING, Md. — Demand for new homes in the U.S. surged 4.3% in January with the housing market still one of the strongest segments of the economy.

Last month's increase pushed sales of new homes to an adjusted annual rate of 923,000, the Commerce Department reported Wednesday. That's much stronger than the 855,000 that economists were expecting. December's new home sales figure was revised higher as well, from 842,000, to 885,000.

Sales of new homes are now 19.3% higher than they were last year at this time.

“Sales would have been much higher if only builders could build faster,” said Robert Frick, economist with Navy Federal Credit Union. “Supply is only one issue, and for many Americans trying to buy their first home, rising prices are shutting them out of the market.”

Although the median price of a new home sold in January slipped to $346,400, that is up more than 5% from a year ago, far outpacing wage gains in the U.S. Persistent demand fueled by record low mortgage rates has pushed prices higher over the past year.

The cost of and materials is also rising. Lumber futures have spiked 130% in the past year, adding thousands of dollars to the cost of a new home.

In a separate report on home construction last week, the Commerce Department said applications for building permits, which typically signal activity ahead, spiked 10.4% in January to an annual rate of 1.88 million units.

The strong new homes sales figures in the first month of 2021 are an extension of what was a banner 2020 when home construction jumped 7% to 1.38 million units. That was the strongest showing since a housing boom in 2006.

The housing market has remained remarkably resilient in the face of the economic fallout of the coronavirus pandemic. Economists' biggest worries are availability and affordability. Inventory of available houses slipped to a four-month supply. Last January, there was a five-month supply.