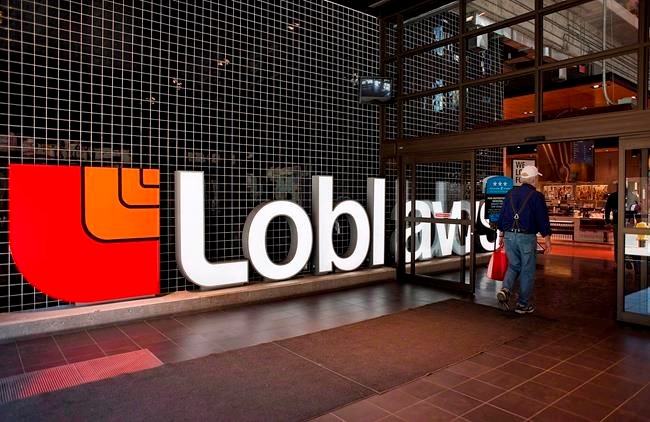 The company's discount division, which includes No Frills and Maxi, delivered 4.7 per cent growth.

In other words, people are shopping less often, but are buying more groceries when they do.

"At the height of the pandemic, there would have been the panic buying," Davis said during a conference call with investors. "But I would say now, through Q2 and Q3, it's stabilized and people are just buying bigger-size packs."

Yet some of the gains in the quarter were offset by roughly $85 million in costs related to COVID-19 and labour costs associated with e-commerce sales.

Looking forward, Davis said the company was pleased with sales around Thanksgiving and Halloween, after the quarter's end.

"We didn't see a significant change in our performance," Davis said. "I would say it was spread out a little bit more and I would say that people are still getting together and celebrating just in smaller groups."

She said Loblaw is expecting a similar trend over the holidays, though she admitted it's "hard to predict exactly during these volatile times."

"We are expecting a similar thing, that there will still be gatherings, people will still be eating meals in smaller groups, they likely won't be going out to as many restaurants and parties, and so it will be eating at home in small groups that we are anticipating for the holiday season," Davis said.

Meanwhile, the company's pharmacists have administered more flu shots to date than all of last year, though beauty and cough and cold products remain soft.

Last month, the company faced criticism after it informed suppliers the cost of getting products on shelves would go up in January.

Citing plans to invest $6 billion in improving its in-store and digital operations over the next five years, the company said in a supplier letter that the grocery business has become "more challenging and costly to operate."

While analysts said the fee increases would likely be passed on to consumers, Loblaw told suppliers that it is committed to protecting customers from the risk of higher prices.

"The company remains steadfast in its commitment to put customers and colleagues first, as we sustained investments and safety measures at store level, while resisting pressure to raise prices at a time when Canadians need value more than ever," he told investors.

Loblaw has two segments it reports on: A retail segment, consisting primarily of corporate and franchise-owned retail food and associate-owned drugstores, and a financial services segment, which provides credit card services, telecommunication services and the PC Optimum loyalty program.

Revenue for what was a 16-week period totalled $15.67 billion, up from nearly $14.66 billion in the same quarter a year earlier.

Analysts on average had expected an adjusted profit of $1.26 per share and $15.6 billion in revenue, according financial data firm Refinitiv.

This report by The Canadian Press was first published Nov. 12, 2020.

Companies in this story: (TSX:L)