ST. JOHN'S, N.L. — Fortis Inc. has announced the coming retirement of CEO Barry Perry, who will be succeeded by David Hutchens effective Jan. 1.
Sep 23, 2020 9:21 AM By: Canadian Press 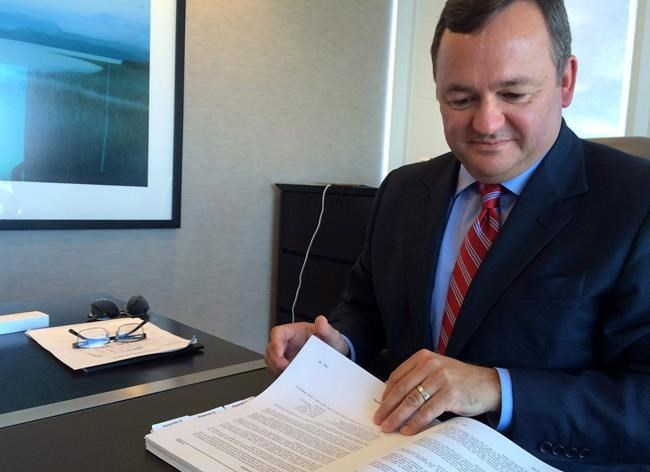 ST. JOHN'S, N.L. — Fortis Inc. has announced the coming retirement of CEO Barry Perry, who will be succeeded by David Hutchens effective Jan. 1.

The company owns a variety of utility businesses across Canada, in parts of the United States and in the Caribbean.

Hutchens was named chief operating officer at Fortis in January while continuing to serve as chief executive of UNS Energy, a Fortis subsidiary based in Tuscon, Ariz.

He was previously executive vice-president of Fortis's western utility operations, with oversight of FortisBC and FortisAlberta.

Perry has been CEO of Fortis since 2015 and with the company for more than 20 years, a period that included several major acquisitions including electricity transmission company ITC Holdings Corp. in 2016.

The transition was announced as Fortis outlined its five-year capital investment plan, and its intention to have average annual dividend growth of six per cent through 2025.

This report by The Canadian Press was first published Sept. 23, 2020.

Companies in this story: (TSX:FTS)

Shaw looks to mobile bundling amid stiff competition on home internet services
Oct 30, 2020 6:19 PM
Comments
We welcome your feedback and encourage you to share your thoughts. We ask that you be respectful of others and their points of view, refrain from personal attacks and stay on topic. To learn about our commenting policies and how we moderate, please read our Community Guidelines.