MONTREAL — While the business jet market will take "several years" to return to pre-pandemic levels, Bombardier Inc. plans to capitalize on growth of after-sales service to achieve its goal of US$7.5 billion in sales in 2025.
Mar 4, 2021 2:45 PM By: Canadian Press 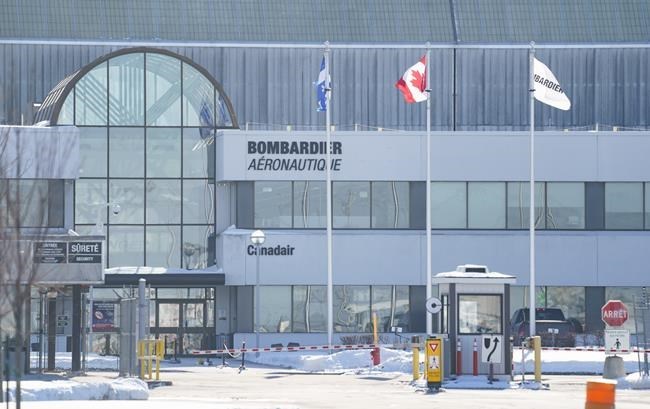 MONTREAL — While the business jet market will take "several years" to return to pre-pandemic levels, Bombardier Inc. plans to capitalize on growth of after-sales service to achieve its goal of US$7.5 billion in sales in 2025.

In its outlook released Thursday, the Quebec aircraft manufacturer said it expects to turn free-cash-flow positive next year and generate more than US$500 million by 2025.

Its operating profit is expected to reach US$1.5 billion while the adjusted operating margin target has been set at 20 per cent.

“We know exactly where we are and (our model) is more and more predictable,” CEO Eric Martel said during an investor presentation.

"Revenues will be more balanced thanks to the after-sales segment.”

The 2025 targets are "rather ambitious," said Citigroup analyst Stephen Trent in a note to clients.

"The market will have to assess whether (the new management of) Bombardier can achieve its long-term goals compared to the failure of the previous team."

Repair and maintenance of aircraft already in service, where margins are high, represent nearly 18 per cent of Bombardier's revenues, which were approximately US$6.5 billion last year.

The company wants this proportion to reach 27 per cent or about US$2 billion within five years. Its service centre footprint is expected to grow by 50 per cent, he added.

Since the sale of its railway activities to Alstom last January, Bombardier has focused exclusively on business jets, a sector that is more vulnerable to economic downturns.

Its strategy relies heavily on its luxury Global 7500, which is priced at US$75 million.

Last month, Bombardier announced the elimination of 1,600 jobs and the end of production of the Learjet family by the end of the year. These measures are part of a plan to save US$400 million annually by 2023.

Bombardier's net debt is about US$4.7 billion, which includes US$3.6 billion of net proceeds from the sale of Bombardier Transportation.

Companies in this story: (TSX:BBD.B)