They unveiled an emotional new free dance to a piece from the Quebec rock opera Starmania
Sep 23, 2018 3:09 PM By: Canadian Press 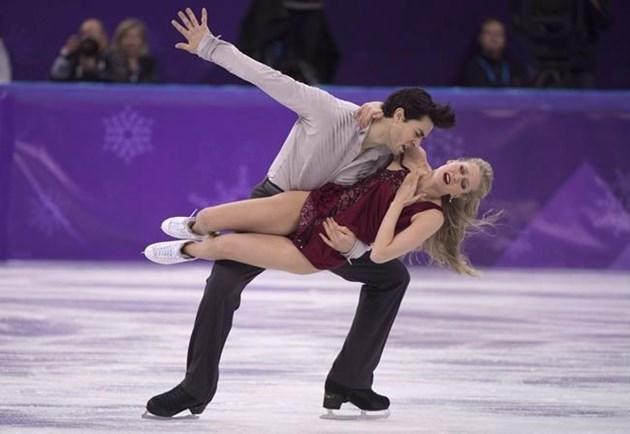 The Canadian world championship bronze medallists from Waterloo, Ont., unveiled an emotional new free dance to a piece from the Quebec rock opera Starmania. It was also a tribute to figure skater Denis Ten of Kazakhstan, who skated to the same music last season. Ten was killed in July. He was 25.

''It felt good to get out there and really perform this program,'' said Poje. ''It's been special for us since the beginning. We just wanted to go out, take it easy and feel the environment.''

Olivia Smart and Adrian Diaz of Spain finished second with 171.41 points while Canadian pair Carolane Soucisse and Shane Firus were third with 166.24.

''Everything right now is a work in progress,'' said Weaver. ''We've taken our time with it and with more mileage it's going to get stronger and stronger. This week we've felt comfortable on the ice with our programs and that's a testament to our level of preparation.''

The 19-year-old Sadovsky was fourth after the short program with 78.14 points, more than 10 behind third-place American Jason Brown. But Sadovsky scored a solid 155.09 in the free program to take the bronze with a personal best 233.86 total.

Hanyu had 263.65 total points and won the title despite finishing second in the free skate. Junhwan Cha of South Korea took silver with 259.78 points.

On Friday, Kirsten Moore-Towers of St. Catharines, Ont., and Michael Marinaro of Sarnia, Ont., won the silver in pairs.