The police chief says that volunteering with the Games will 'transform you for the better'
Dec 14, 2018 3:00 PM By: Ben Eppel 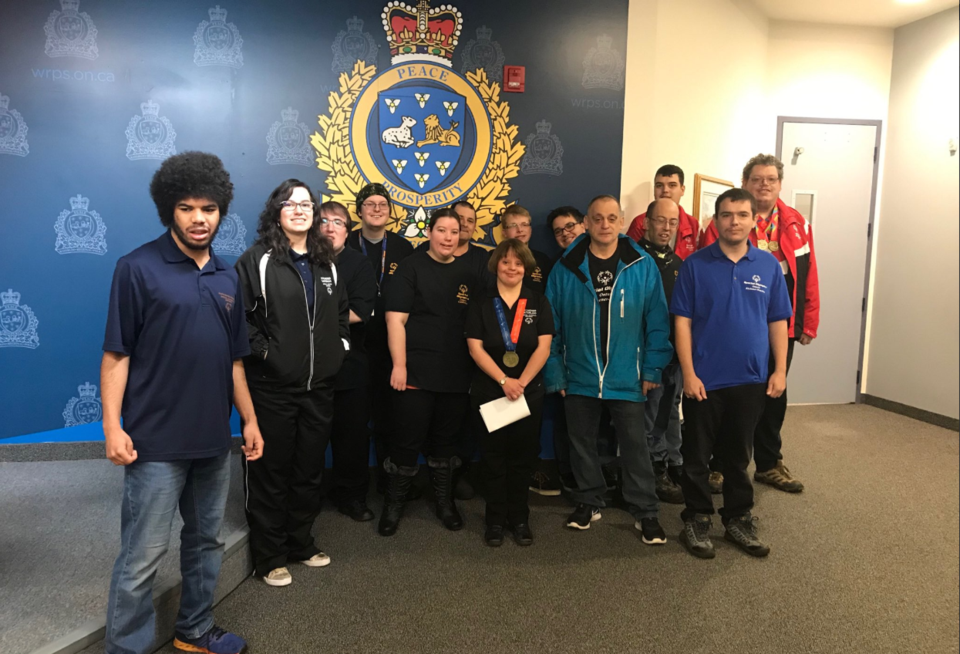 The announcement comes from Waterloo Regional Police's Headquarters, where many athletes who compete in the Games gathered.

Police Chief Bryan Larkin was greeted with applause as he proclaimed that the Region would host "the best Summer Games in the history of the Ontario Special Olympics."

He says that this is a first for Regional Police.

"Police services across Ontario have been supporting the Special Olympic Ontario Games since 1996," says Larkin. "This is the first time Waterloo Regional Police has hosted."

The Games are very important to Larkin, personally, who has worked for many years with athletes.

"Special Olympics is a lot more than just sports," says Larkin. "It's about offering invaluable experiences and contributions to the lives of athletes that extend way beyond the game."

Larkin says that everyone wins when the community steps up to volunteer.

"I encourage our citizens to mobilize now to make the best Summer Games ever," says Larkin. "If you ever want to learn about yourself as a volunteer, as a citizen, come donate some time to the Special Olympics."

Larkin was joined on stage by Melissa Heubner, a competitor in the Games for 25 years.

"I have participated in sports in the region and provincially," says Heubner. "I am very proud of my 20 medals."

Heubner made it clear that the Games aren't necessarily about winning.

"We can't always win, but we try to do our best," says Heubner. "We try to remember our athlete's oath: 'Let me win, but if I cannot win, let me be brave in the attempt.'"

She adds that the benefits of healthy competition carry over into athletes' lives.

"When we take part in sports, we learn to take care of ourselves," says Heubner. "We are encouraged to be active and eat healthy foods."

Chief Larkin echoed Heubner's statements, saying that being a champion is more about spirit than it is about strength.

"We live in a very generous community," says Larkin. "In many ways, for me, this is the best Holiday gift we've received."