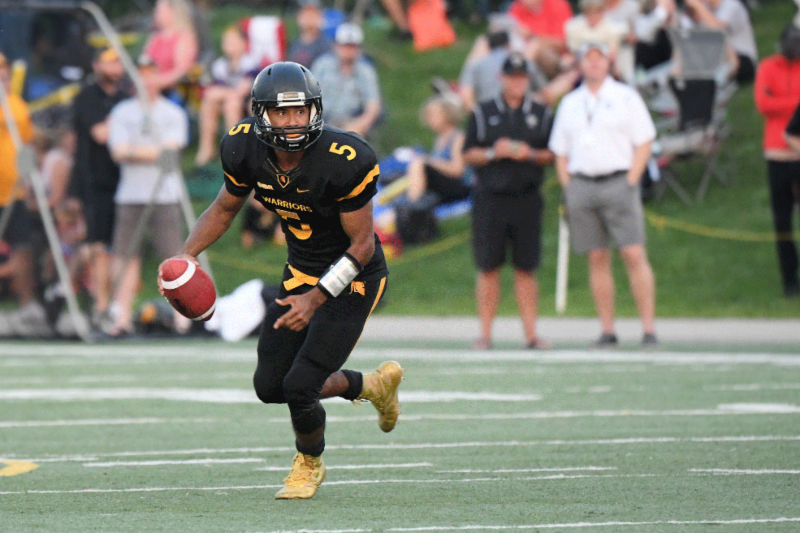 University of Waterloo quarterback Tre Ford. Photo from U Sports

The University of Waterloo's Tre Ford is among the U SPORTS quarterbacks that will participate in the Canadian Quarterback Internship Program this year.

Ford will join the Hamilton Tiger-Cats for their training camp, which opens on Sunday.

The program allows Canadian quarterbacks to participate in practice drills as well as team and positional meetings.

Ford, who is from Niagara Falls, threw for over 3,000 yards last season, finishing with 34 touchdowns, four of those rushing.

He was also only intercepted twice.

Earlier this month, Ford's teammate Jesse Gibbon was the first round pick (second overall) of the Tiger-Cats.