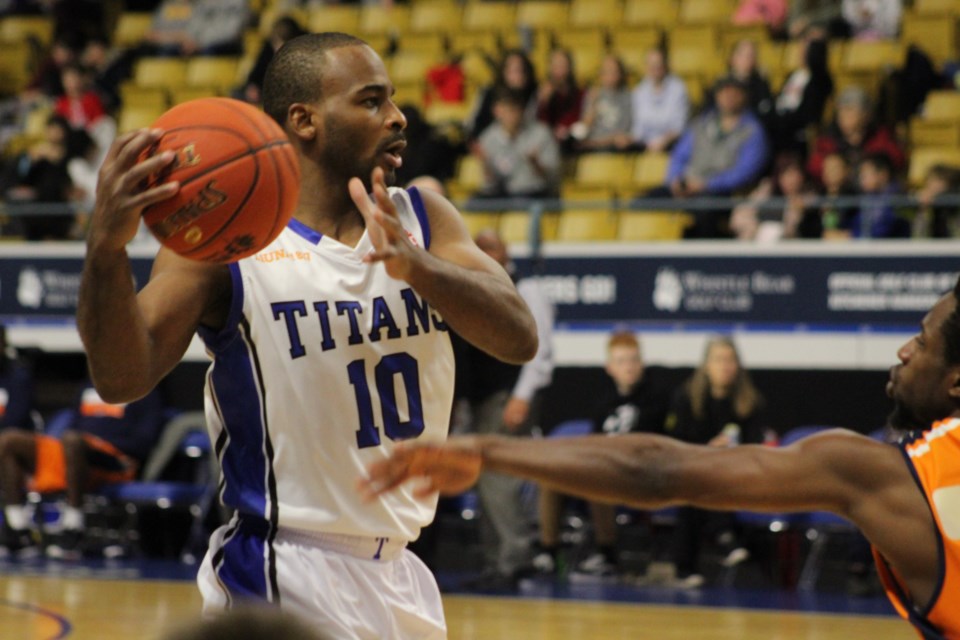 The power of a packed arena.

Sure, there may not have been as many students for the KW Titans’ third annual School Day game, a work-to-rule campaign prevented students from the Waterloo Region District School Board from going with their schools.

But the Titans still put on a show for the 3,766 announced in attendance Tuesday morning.

“Despite (the job action), I thought we had a really good turn out, numbers-wise,” said Titans coach Cavell Johnson, “The energy was great, the kids were loud, just as I expected them to be, and I was very happy with it.”

“Very unfortunate for some of the kids that did not get to experience this, but hopefully their families can come back, come out later on in the season and redeem those tickets for them and allow them to enjoy this exciting brand of basketball.”

If Tuesday was any indication, the product on the court is something to see. Even if their roster is a revolving door right now because of injuries.

Most recently, Tramar Sutherland was put on injured reserve because of an Achillies issue.

“It is extremely tough, I don’t know how else to say it,” Johnson said.

Despite it all, Johnson says this victory was badly needed.

“The guys really put a solid game together,” he said, “A lull in the fourth quarter, but we stayed together and got the job done. Really happy with the guy’s effort for just over three quarters of the game, but we have to be sharp in closing games.”

Akeem Scott got the start in his Titans debut, posting 18 points, eight assists and five rebounds.

Scott has been around the professional circuit for quite some time, including one-year stints in the NBL in Orangeville (2014-15) and London (2015-16).

Johnson was confident in putting the vet in the starting lineup, despite only getting in one practice since he was signed.

The players around him did well too.

Jared Nickens had a team-high 23 points, while Alex Campbell led the Storm with 23 points of his own.

The Titans snap a five-game losing skid with Tuesday’s effort, and will host the Windsor Express Thursday night at 7:00 p.m.