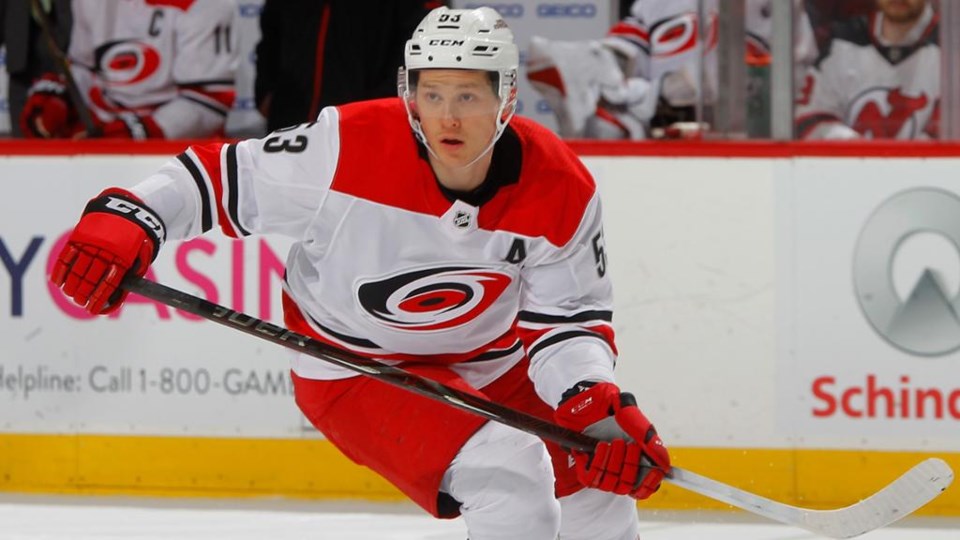 Photo from the Carolina Hurricanes

Carolina traded the 26-year-old to Buffalo on Thursday.

In over 500 games with the Hurricanes, Skinner scored 204 goals and added 175 assists.

He was a first round pick of Carolina back in 2010, winning the Calder Trophy as the league's top rookie.

The Hurricanes get Cliff Pu and three draft picks, including a second rounder in 2019.