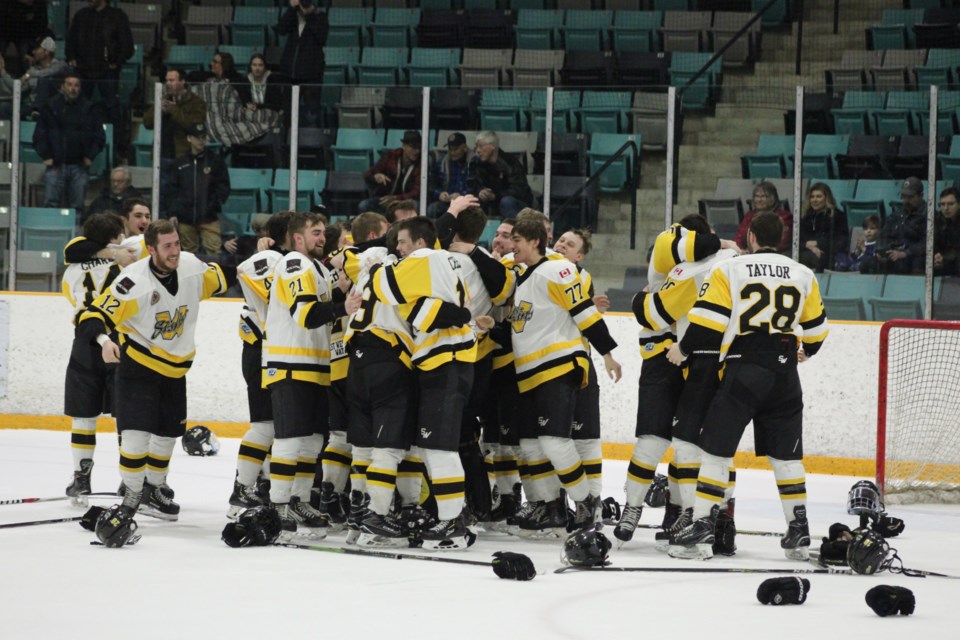 After falling behind 3-0 and 4-2, the Waterloo Siskins weren't ready to go down.

They scored four unanswered and beat the Niagara Falls Canucks 6-4 in Game 2 of their Sutherland Cup semi-final series, and take a 2-0 series lead.

Justin Randhawa scored the lone goal of the first period, before Nicholas Prestia and Mitch Mendonca tallied 15 seconds apart to make it a three-goal lead just over two minutes into the second.

But exactly a minute later, Jeff Schrattner got Waterloo on the board.  And Owen Lane scored with 6:10 gone to close the gap to one.

Andrew Bruno and Benton Hayes traded goals before the middle stanza came to an end, with the visitors up by one.

And early on, it was the Alex Lycett show, scoring two goals eight seconds apart just over a minute into the third.

Sam Cherry added another goal later on for the Siskins, to add to his two assists, to round out the scoring.

Game 3 shifts back to Niagara Falls Tuesday night, before returning to Waterloo Thursday for Game 4.