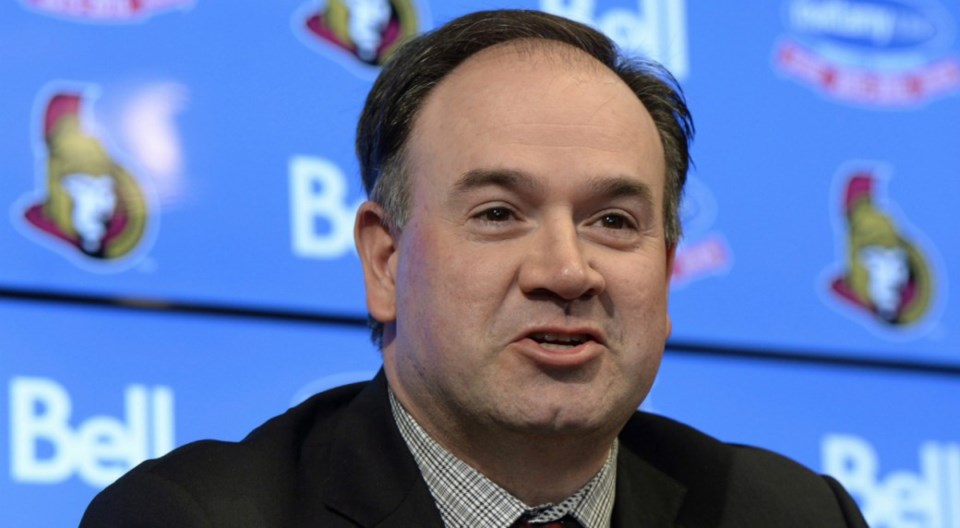 Dorion spoke to reporters a day before the NHL draft with the Senators reeling from several public relations disasters, including the alleged cyberbullying of captain Erik Karlsson's wife by Hoffman's fiancee.

Hoffman, who has broken the 20-goal plateau in each of the last four seasons, was traded to the San Jose Sharks on Tuesday.

News broke last week that Melinda Karlsson filed a peace bond in May alleging Monika Caryk posted hundreds of derogatory and harassing online messages aimed at her and her husband.

Hoffman and Caryk have denied the allegations.

The rift between the Karlssons and Hoffman and Caryk was one of just one of several recent eyesores for the Senators, who are at the draft without suspended assistant general manager Randy Lee.