A jersey auction will benefit the Food Bank of Waterloo Region and other groups connected to Oktoberfest
0
Sep 25, 2018 11:05 AM By: Blair Adams 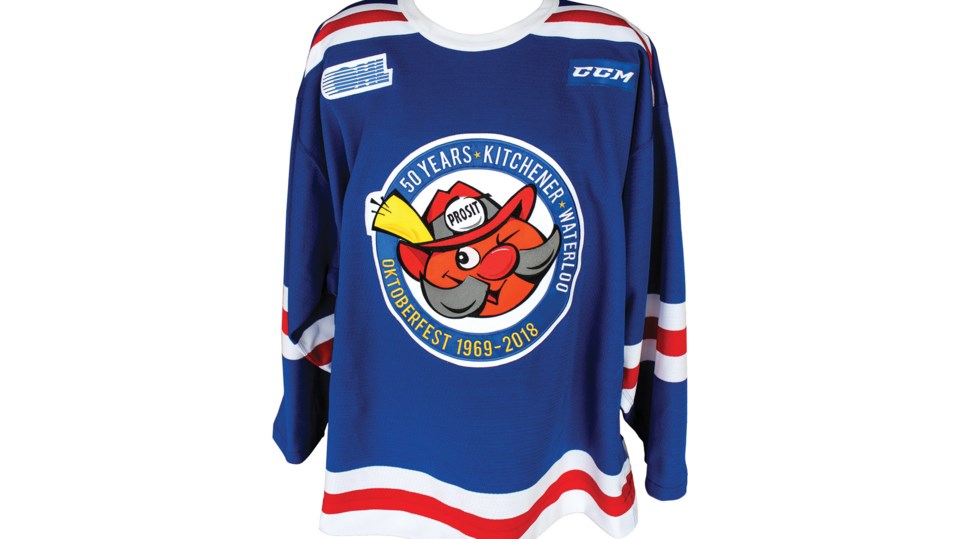 The Kitchener Rangers have unveiled a commemorative jersey to celebrate 50 years of Kitchener-Waterloo Oktoberfest.

Oktoberfest will be the theme of Kitchener's home against Saginaw at 7:30 p.m. on Friday, October 5.

There will be a ceremonial puck drop, and other game day celebrations.

"The jersey features a crest detailing the founding date of Kitchener-Waterloo Oktoberfest. In 1969, the civic festival that celebrates our local German Canadian heritage became an annual community event." the Rangers said in a news release.

Proceeds of a jersey auction will benefit the Food Bank of Waterloo Region, as well as other groups connected to Oktoberfest.

The game-day silent auction starts at 6 p.m. that day and wraps up after the game.