Rangers struggle versus Spirit in Saginaw

Not only did their special teams let them down, the Rangers lost a top-six forward for some time as well
Feb 16, 2020 9:00 AM By: KitchenerToday Staff 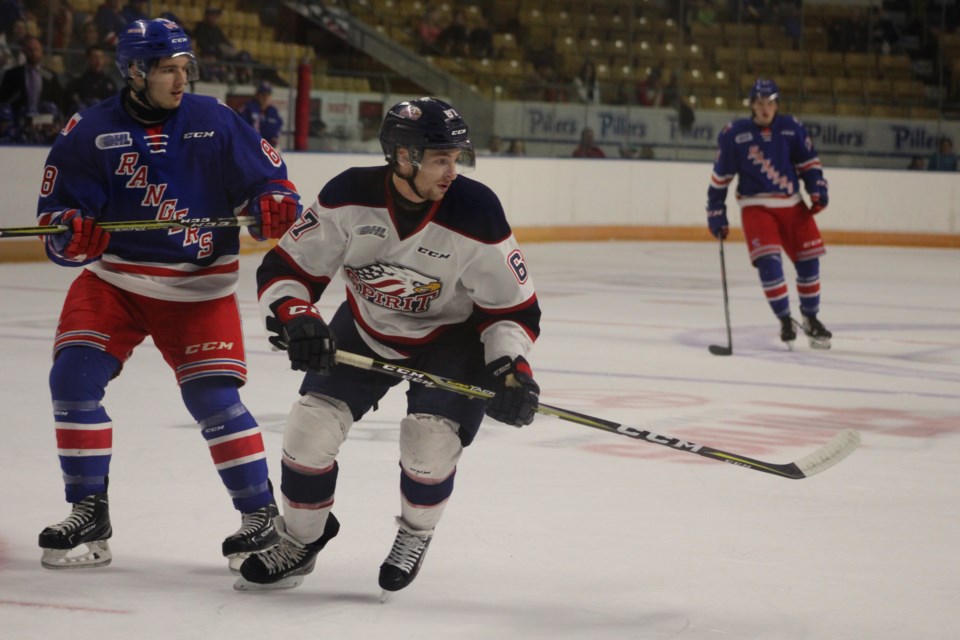 That's one way of putting it.

The Rangers allowed six goals in the second period, and the Saginaw Spirit spanked Kitchener 8-2.

It had all the billing. One vs two in the Western Conference. A battle of two divisional leaders. Two teams trying not to lose back-to-back.

But, only one team showed up.

The first Spirit goal was a short-handed marker, making it the third straight game the Rangers have allowed the opposition to score while down a man.

"When something like this happens it can go one of two ways. Guys can start pointing fingers and being selfish and turning their backs on each other, or you can use it," said McKenzie "We can either put it behind us, and learn from it and move on it or we can go the other way and it can become a real negative thing."

"Sometimes you need games like this, that really hurt deep down. It hurts right now, that's for sure."

Jacob Ingham was relieved after forty minutes. Call it a mercy-pull. He had to go back in momentarily in the third, while Lucas Pfeil had a skate issue, and allowed another goal.

It wouldn't have mattered. Saginaw was too good start to finish, Saturday.

Co-captain Riley Damiani and overeager Jonathan Yantsis both sat the entire third period, after each taking an unsportsmanlike penalty in the second period.

"In a game like this, sometimes guys need a little bit of a wake-up call," McKenzie pointed out. "They're two guys I'm very close with and I've known well for the last couple of years. I'm confident they'll respond the right way."

Injury to insult: Kitchener lost Reid Valade in the second period with an upper body injury.

The loss means back-to-back games without a point for the first time under interim head coach McKenzie.

Over the two games this weekend, the Rangers were out scored 14-5.

They try and get back in the win column when they travel to Hamilton to face the Bulldogs on Family Day.

No OUA sports this winter
Oct 15, 2020 2:23 PM
Comments
We welcome your feedback and encourage you to share your thoughts. We ask that you be respectful of others and their points of view, refrain from personal attacks and stay on topic. To learn about our commenting policies and how we moderate, please read our Community Guidelines.