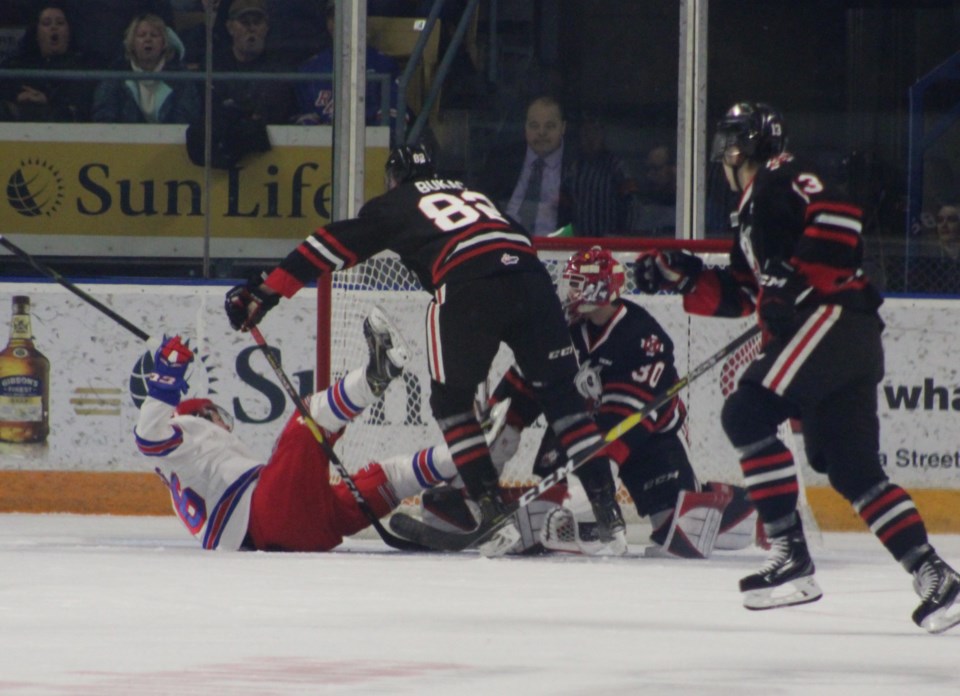 A ten spot for the Niagara Ice Dogs, at the expense of the Kitchener Rangers.

Studnicka also scored one of two shorthanded markers.  The other came from Kirill Maksimov, who scored two goals of his own.

"That team is a team that can capitalize on mistakes that are made," says Rangers head coach Jay McKee, "We clearly made too many."

"I thought the first period, we were down (4-1), I think we only gave them about five or six even strength shots.  They had two real nice tips on the power play, those are tough to save.  I wouldn't put those on (Kitchener starter Luke Richardson) but you come out of that first down 4-1, doing some good stuff on the ice, being pretty tight and then things just kind of opened up from there."

Richardson surrendered four goals on 11 shots and Lucas Pfeil took over to start the second period.

He didn't fare much better, as he gave up six tallies on 26 Niagara shots through the final 40 minutes.

The Rangers won't have much time to dwell on this loss, as they welcome the Sault Ste. Marie Greyhounds to The Aud Friday night.