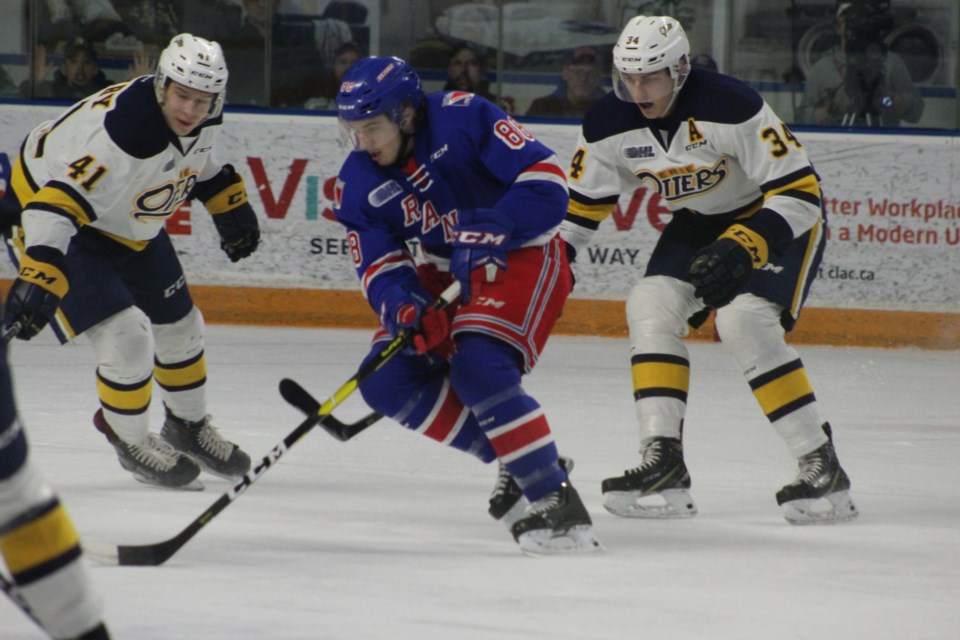 Double honours for Greg Meireles of the Kitchener Rangers this week.

He led the OHL in scoring last week and extended his personal point-streak to 17 straight games. He has 33 points in that stretch.

The 20-year-old from Ottawa was a first round pick of Kitchener in the 2015 OHL draft.