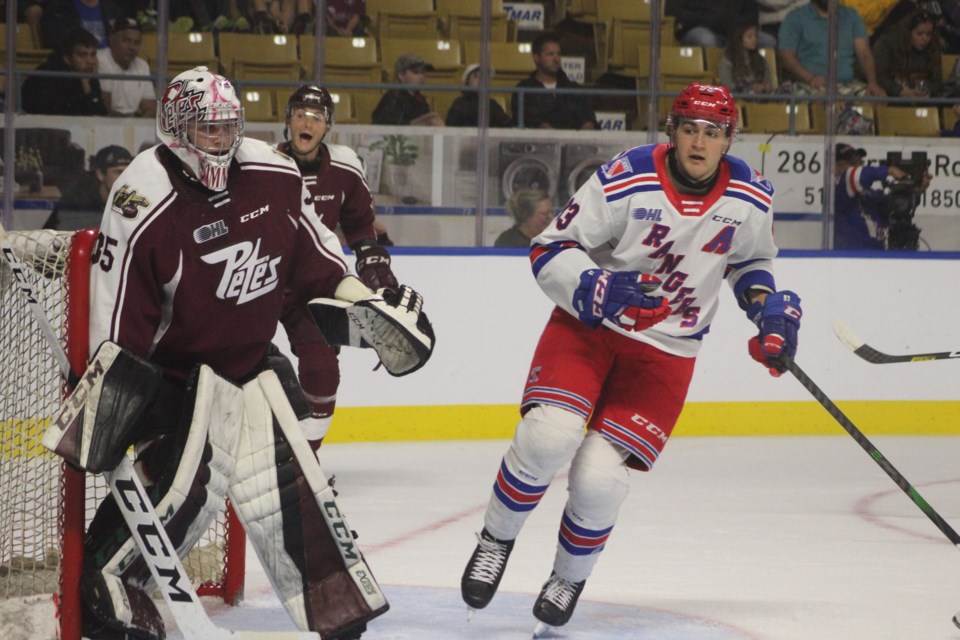 The Rangers were down on their luck from the start of the matchup.

And it turned into yet another loss on the road.  This time, a 3-1 defeat at the hands of the Eastern Conference-leading Peterborough Petes.

Following a scoreless first period, two unanswered goals were scored in the second by the Petes.

Declan Chisholm and Tucker Robertson grabbed those points, while Zach Gallant managed to score the Petes' third goal in the final 20 minutes.

Finally, in the third frame, Jonathan Yantsis put one on the board to prevent a shutout with just over a minute left to go in the game.

It's the team's fourth loss in a row; they haven't scored more than three goals in a game since October 14th against Sudbury, when they beat the Wolves 7-3 at The Aud.

The Rangers are in Erie against the Otters Thursday, November 28 at 7:00 p.m.

You can catch the action live on 570 NEWS.