Pinelli with three points as Canada rolls past Sweden 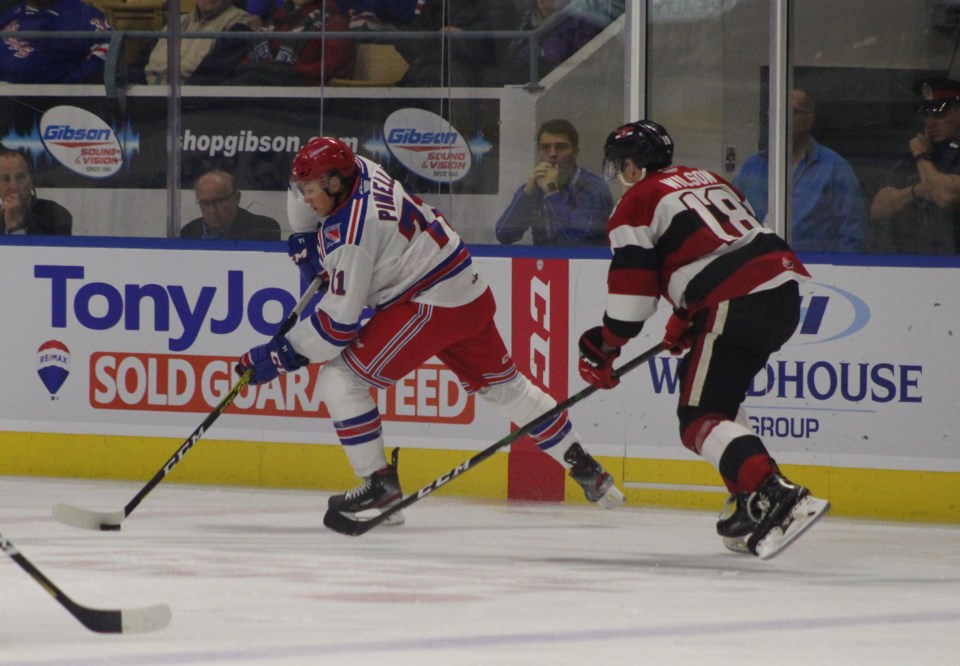 A dominant performance by Canada in game one at the under-18 men's hockey championship. Canada topped Sweden 12-1 on Tuesday.

Captain Shane Wright of the Kingston Frontenacs also had a hat trick.

"We know we are not going to dominate every game, but I think we followed our systems very well tonight," Pinelli said after the game.

"We need to stick to our game plan, keep playing well and communicating with each other, and that will go a long way. We did that tonight, and we are going to have to continue doing those things game in and game out."

13 players from the Ontario Hockey League are part of Team Canada. Canada will face Latvia on Wednesday evening.

- With files from The Canadian Press

Canada through to U18 hockey semifinals after rout of Czech Republic
May 4, 2021 9:21 AM
Comments