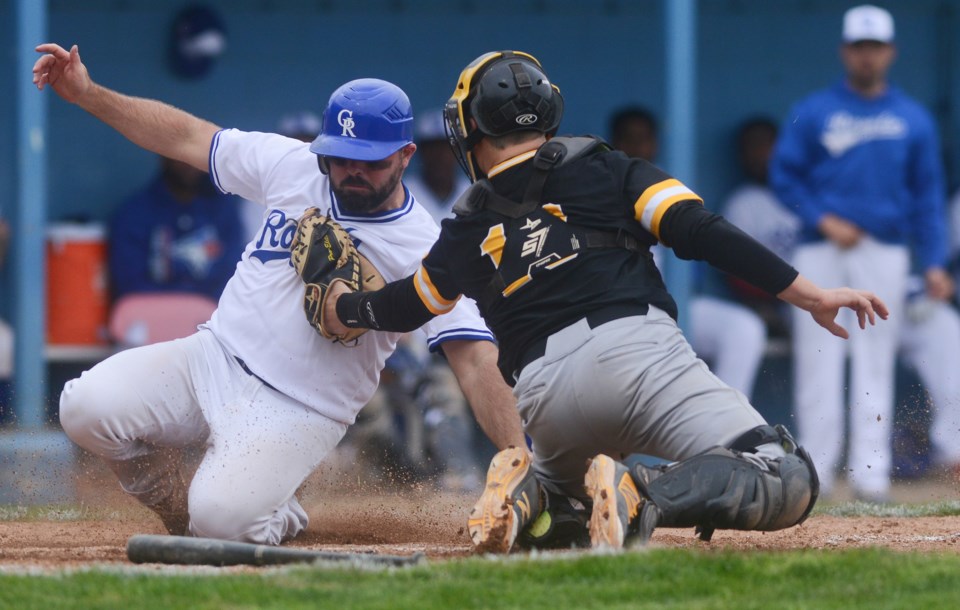 NEWS RELEASE
IBL
*************************
Kitchener struck for three runs in the top of the ninth inning to complete a season-opening comeback and beat the Guelph Royals 5-4 Saturday afternoon at David E. Hastings Stadium.

The Panthers were down to their final three outs before two walks and three straight singles swung the score in their favour.

Colin Gordner had two RBI in the win, while Mike Andrulis went 2-for-5 with a pair of runs and an RBI. Tanner Nivins drove in a run, Mike Gordner singled and doubled, and Stephen Whalen scored twice.

Mike Schnurr (1-0) allowed one hit over two scoreless innings of relief for the win. Jasvir Rakkar started and went four innings, giving up two hits and an unearned run while striking out five without issuing a walk.

Sean Reilly drove in two of the Royals' runs. Ethan Mohan had an RBI and scored once, while Darius Barlas and Jeff MacLeod both doubled and scored.

Brett Lawson (0-1) took the loss, giving up a run on three hits after taking over from Edwin Javier in the ninth. Lawson added a strikeout.