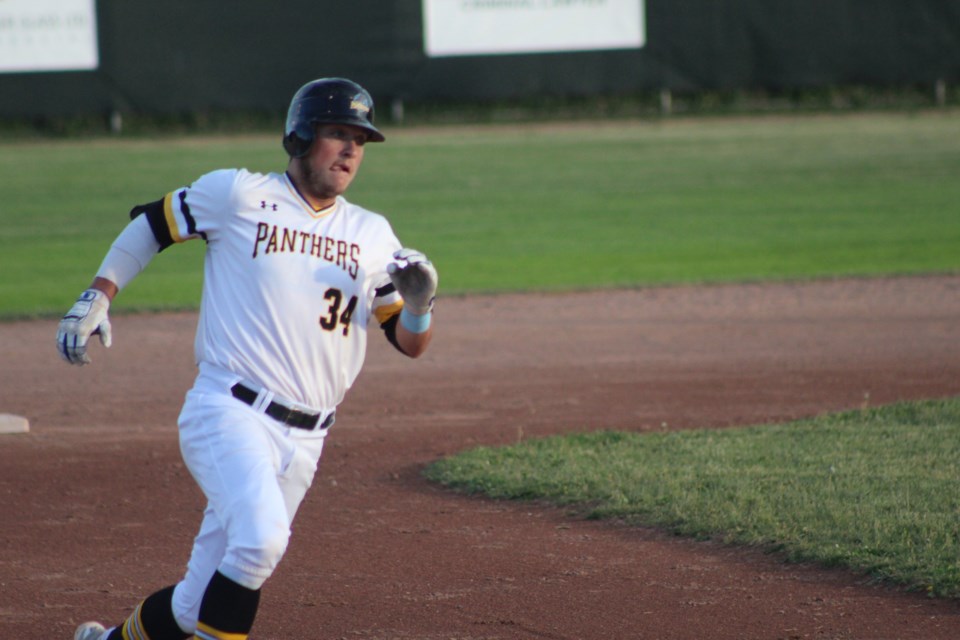 The Kitchener Panthers moved halfway to a series win in one day after a pair of victories over the Toronto Maple Leafs Sunday afternoon at Christie Pits.

Kitchener scored twice in the bottom of the eighth to win Game 1 5-4. Toronto led 4-3 when the game was suspended in the top of the eighth due to rain Friday in Kitchener. It was continued two days later at Christie Pits.

Mike Andrulis had the big hit in the completion of Game 1, giving Kitchener the lead with a two-run single.

Miguel Lahera (1-0) picked up the win after pitching the final two innings. He allowed one hit and struck out two.

Zach Sloan (1-2) took the loss, giving up two runs on a hit in two-thirds of an inning.

In Game 2, which started shortly after Game 1 ended, the Panthers won 8-0.

Aaron Hornostaj and Marcus Knecht had Toronto's hits. The Leafs made 10 errors, which led to four unearned runs.

Justin Cicatello (1-1) took the loss, giving up five runs (two earned) on six hits with a walk in four innings.