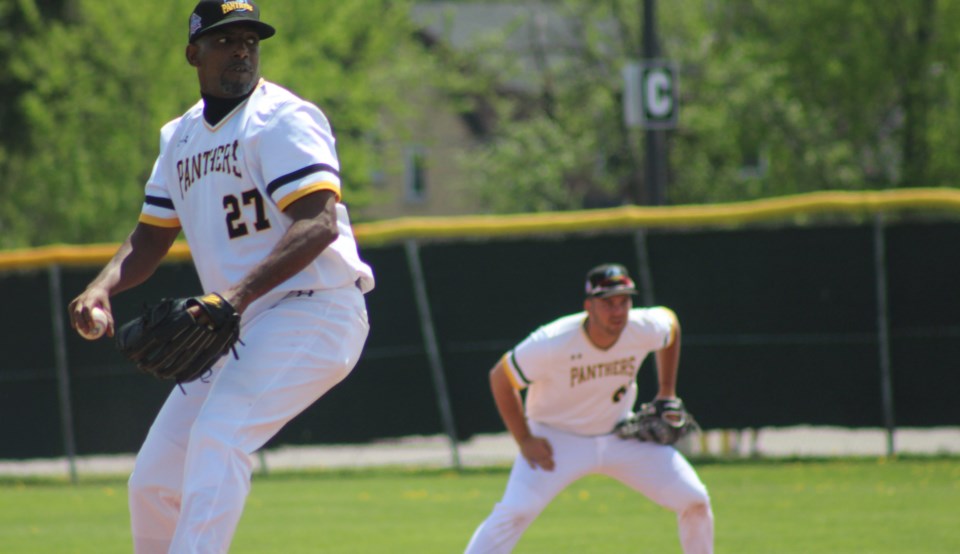 Much like their hockey counterparts, the IBL's Toronto Maple Leafs will not be underestimated in 2018.

That, from Kitchener Panthers Manager Luke Baker, ahead of their semi-final series that starts tonight in Kitchener.

"They're going to be a good team to play against," he said, "They've obviously come on strong in the playoffs, they went on a bit of a skid it seemed toward the end of the season but gained some momentum again."

"We've had some good battles with them this season.  They've got great hitting and some good pitching and a team, if they're playing well, they're going to be a very tough opponent so definitely we want to come in with our game plan, stick to it and focus on the things we can control and go after it from there."

The Leafs got some huge momentum in their first-round series clincher over Guelph: the first playoff no-hitter in IBL history in Game 5.

Kitchener, meantime, are coming off a three-game series sweep over Brantford.

Looking at the season series, it was all Panthers.  They went a perfect 5-0 against the Leafs in 2018.

But Baker says those games were close, noting both ball parks are hitter-friendly.

"All season long, we played relatively close games against them, especially in Christie Pits (Park, Toronto's home ball field)," he said, "Both of our parks are smaller parks and they have some really good hitters, guys that have played in the major league system and some guys I know well and never get really comfortable against them."

The Panthers are relatively healthy, minus outfielder Zarley Cina, who suffered facial fractures "in a head-on collision" during an elimination game playing for the K-W Junior Panthers.

But that won't stop the roster issues, as some players will head off to college.

But Baker says they worked ahead knowing that, with the meat of their lineup playing towards the end of the season, and the first round.