Tuesday's game will determine who gets top seed in the playoffs
Aug 4, 2019 8:47 AM By: KitchenerToday Staff 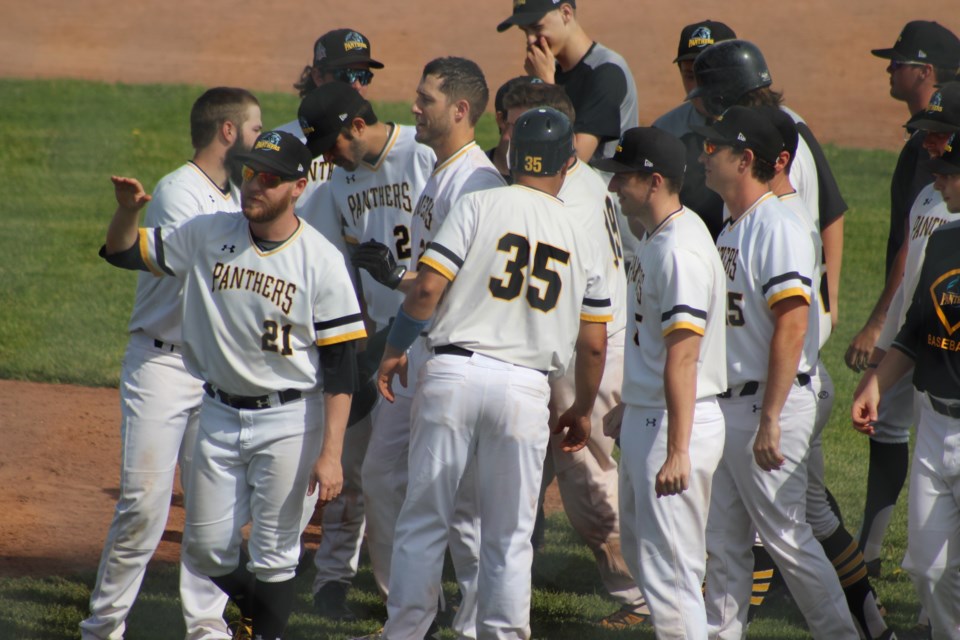 The Kitchener Panthers (25-11) forced a tiebreaker with Barrie after a 6-3 win Saturday night in Guelph. Barrie will host the tiebreaker Tuesday at 7:30 p.m. thanks to having a better head-to-head record against the Panthers.

Ryley Davenport homered and drove in two in the win. Liam Wilson went 3-for-5 with two RBI and a run, Zarley Cina singled twice and drove in two, and Zach Johnson scored twice.

For Guelph (16-20), Matt Schmidt went 3-for-5 with a home run and two doubles. He also scored twice. Ricky Murray had three hits and two RBI, Justin Interisano singled twice and scored, and Matthew Pilarczyk added a pair of hits.