His former Kitchener Rangers co-captain also marked a milestone this week
Feb 7, 2021 7:31 AM By: Ben Eppel 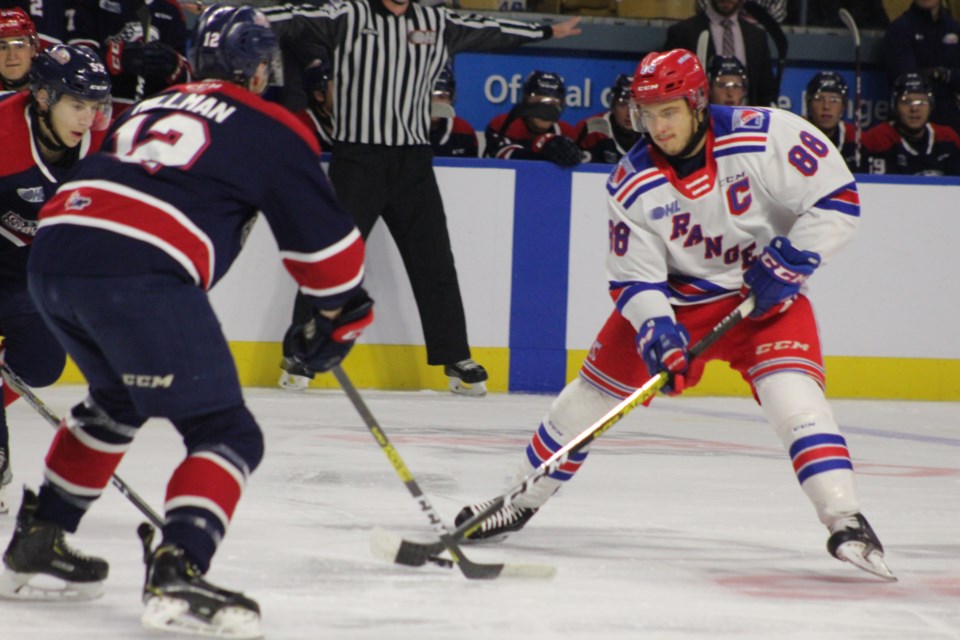 A former Kitchener Ranger co-captain is getting recognition in his professional career not long after it started.

Greg Meireles scored three goals and added eight assists for 11 points in nine games during January for his new ECHL team: The Greenville Swamp Rabbits. The 22-year-old Ottawa native also had at least one point in seven of his nine games.

Meireles has been named the Howies Hockey Tape ECHL Rookie of the Month for January as a result of his efforts.

He's not the only former Ranger being recognized in the past week, however.

His co-captain for the 2019-2020 year Riley Damiani notched his first two professional goals with the Dallas Stars' AHL affiliate, the Texas Stars.