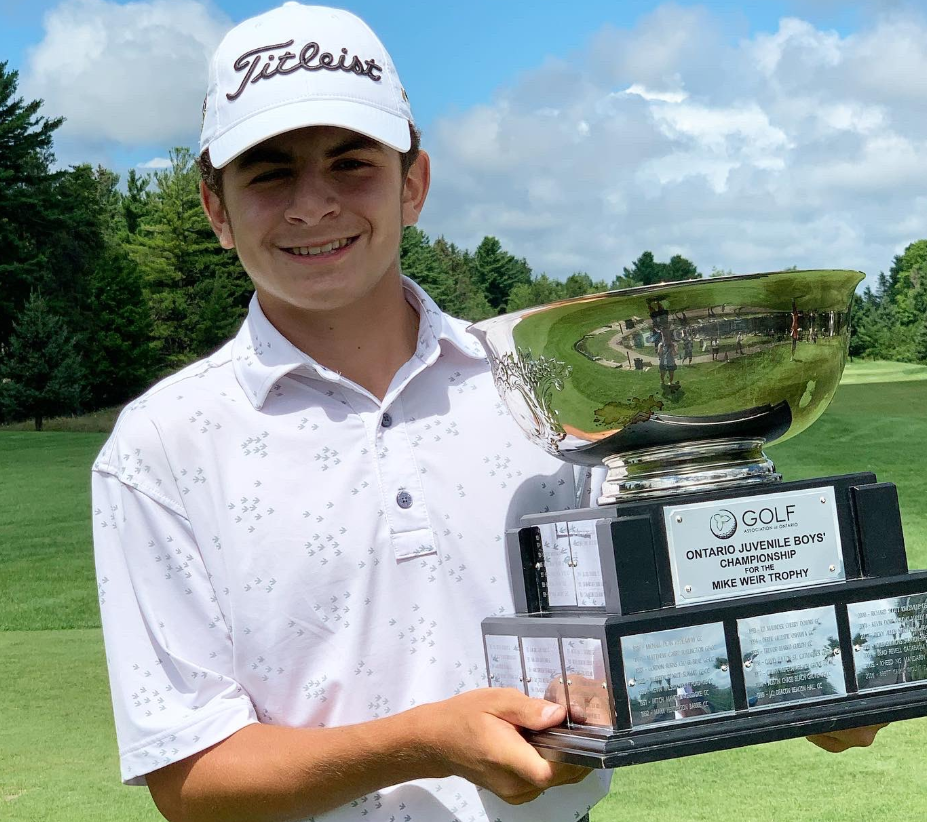 A local golfer was all smiles after winning the Ontario Juvenile (U17) Boys' Championship at Saugeen Golf Club in Southhampton.

15-year-old Andreas Diogenous saved his best round for the final one on Thursday, firing a 68, finishing the tournament four-under par.

Diogenous, who plays out of Whistle Bear Golf Club in North Dumfries, finished two shots ahead of second and third round leader Ty Stansfield, and Owen Kim.

"It feels great to have three championship titles to my name now," said Diogenous, who also won the Ontario Peewee Boys' (2017) and Bantam Boys' (2019) titles.

"It's really exciting and now I have one more to go with a couple shots at the U19 title hopefully." he added.

Meantime, Nolan Piazza of Cherry Hill Club in Fort Erie won his second Ontario Junior (U19) Boys' Championship, finishing 14-under, ten shots ahead of the next competitor.

Full results from the championship can be found here.

U13 champion, U15 champion and now a U17 provincial champion. You continue to amaze us. Congratulations, we couldn’t be more proud of you pic.twitter.com/f0yd0j2csF