The three time world heavyweight champion said Bujold shouldn't be penalized for choosing to have a family
May 15, 2021 12:01 PM By: Taylor Pace 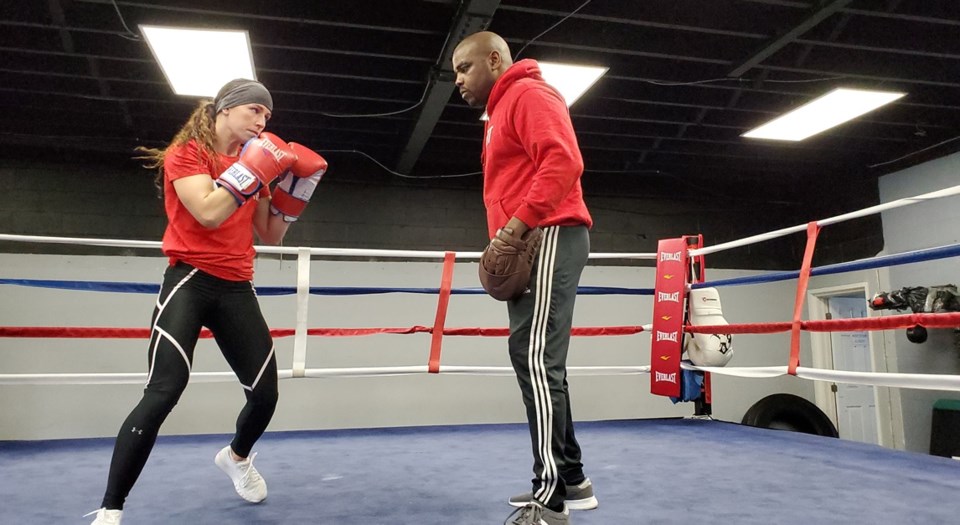 Kitchener's Mandy Bujold (left) is in the ring, with eyes on a spot on Canada's Olympic team in women's boxing. Mark Pare/KitchenerToday

Unable to compete in the Tokyo 2020 Olympic Games because she was pregnant or postpartum during the qualification period, Bujold has been fighting to have the qualification rules revised to include her pre-pregnancy rankings.

On Friday, Lennox took to Twitter to voice his opinion on the matter.

“I find it preposterous that the Olympics in effect has denied her the opportunity to once again represent Canada,” he wrote. “It’s especially confounding, when I’ve heard that the Olympics have made exceptions for other women who have also made the same choices to start a family and still pursue Olympic dreams.”

While he added that he understands the IOC was merely trying to find a way to qualify athletes during the pandemic, he noted that the method of qualifying shouldn’t be so rigid “that a top prospect cannot be considered, or exempted, simply because she chose to start a family.”

“I really hope the Olympics committee reconsiders its position here. Women should not be penalized for doing things that women do or making choices that women make,” he said.

Bujold’s team also announced Friday that their GoFundMe, which was launched to cover legal expenses incurred during her fight to have the qualification rules changed, had reached its goal of $25,000 after receiving an anonymous donation of over $13,000.

“While this is far from over, knowing we have the means to keep moving forward in this fight for gender equity gives me confidence to continue forging ahead,” Bujold wrote on the page.

The Opening Ceremony for the Tokyo 2020 Olympic Games is scheduled for July 23.

She chose to start a family in 2018 and missed some tournaments that the IOC, because of the pandemic, would later decide that is how they will qualify female fighters for Olympic status. @MandyBujold was ranked No. 2 in the America’s before her pregnancy…