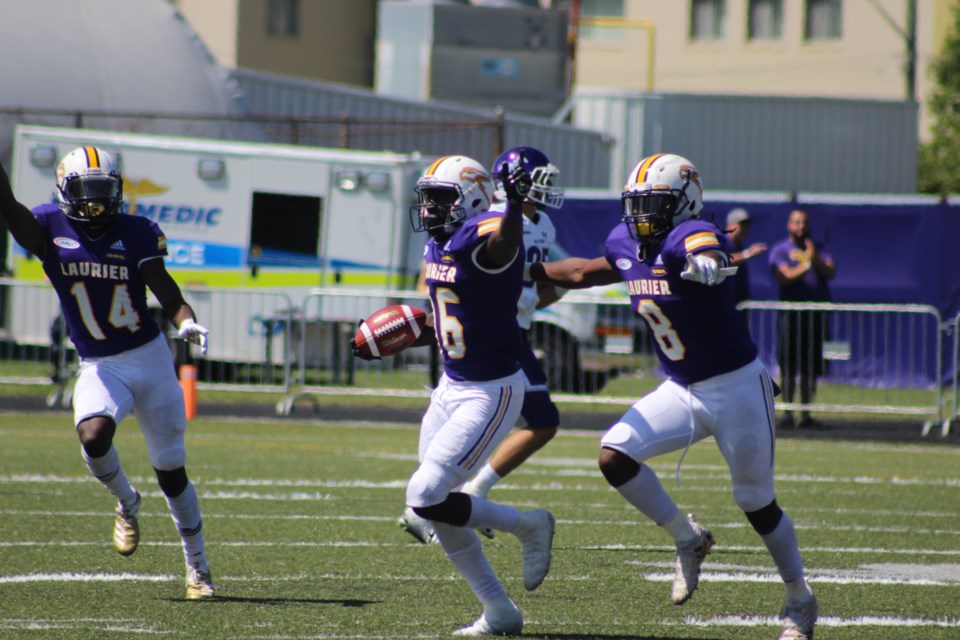 NEWS RELEASE
LAURIER ATHLETICS
*************************
The Wilfrid Laurier Golden Hawks men’s football team has broken into the U SPORTS Top 10 rankings, sitting at No. 10, as the national office released its updated rankings on Wednesday afternoon.

Coming off an 18-10 victory over the York Lions to even their season record at 1-1, Laurier earned 170 points to vault into the Top 10 after sitting 12th following their opening week loss to the No. 2 Western Mustangs.

The Hawks have been led by their defence so far this season which ranks second in the OUA in yards and points allowed this year.

Laurier last found themselves ranked nationally at the end of the regular season last year when they were ranked ninth heading into the opening round of the OUA playoffs.

The No. 10 Golden Hawks will be back in action on Saturday, September 7 at 7 p.m. when they host their Orientation Week game against the Toronto Varsity Blues (1-1). All first-year students participating in O-Week will be attending the game as part of their closing ceremonies.