Both the Laurier Golden Hawks and Waterloo Warriors took losses during Week 5 football action
0
Sep 23, 2018 8:04 AM By: Mark Pare 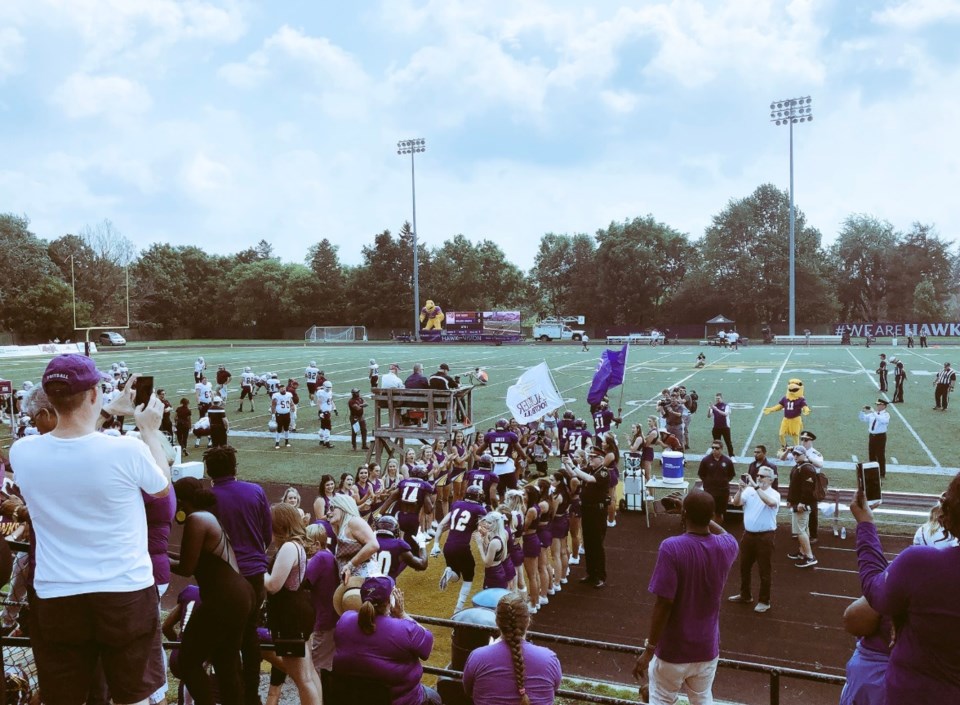 It was not a good week for university football teams in Waterloo Region.

It was a penalty-filled affair, with both teams combining for nearly 350 yards of penalties.

Laurier pulled ahead early on and went into halftime with a 16-14 lead.  But they managed just four points in the second half, and Nathan Mesher sent a 43-yard field goal attempt wide left with 52 seconds left and lost their second game in a row.

They haven't done that in three years.

Tristian Arndt completed 18 passes for 199 yards for Laurier, including a touchdown and an interception.

Running back Levondre Gordon had the bulk of the action, getting the ball 22 times for 119 yards and a touchdown.

The Hawks return to University Stadium next week for their Homecoming Week contest against their Highway 7 rival Guelph Gryphons (2-2).

Meantime, it wasn't as close for the Waterloo Warriors (3-2), who were blown out 67-7 to the top ranked Western Mustangs (4-0) at Warrior Field.

Tyler Ternowski caught a 26-yard TD pass from Tre Ford with about five minutes left in the first quarter.

Unfortunately, they were already down 17 points and things just got worse from there.

Western finished the first quarter up 31-7 and took a 45-7 lead into halftime.

From there, they dominated the second half with Mustangs QB Chris Merchant throwing for 348 yards and six touchdowns.

Cole Majoros and Brett Ellerman each caught three TDs in the win.  Majoros led the receiving core with 123 yards.

For the Warriors, Ford threw for 130 yards and also had an interception.  He also led the squad with 88 rushing yards on 12 carries.  Ternowski led the way in the air, catching four passes for 101 yards.

The Warriors are on the road in Toronto next Saturday, taking on the York Lions (1-4).