Laurier QB named U Sports player of the week

Connor Carusello threw for over 350 yards in Laurier's win over Windsor
Oct 9, 2019 12:35 PM By: KitchenerToday Staff 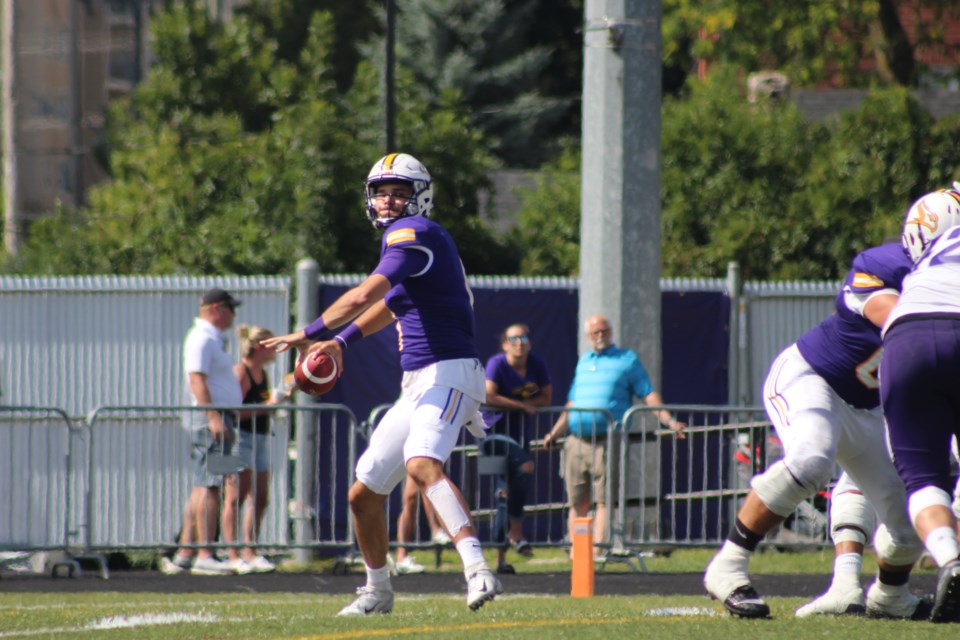 Laurier quarterback Connor Carusello has been named the U Sports offensive player of the week.

Carusello is coming off his best game of the season on Saturday.

Carusello, who is from Caledonia, threw for a season high 374 yards completing 23 of 31 passes - in Laurier's 52-10 victory over the Windsor Lancers.

Laurier (3-3) will face the University of Waterloo (4-2) in the Battle of Waterloo on Thursday evening.