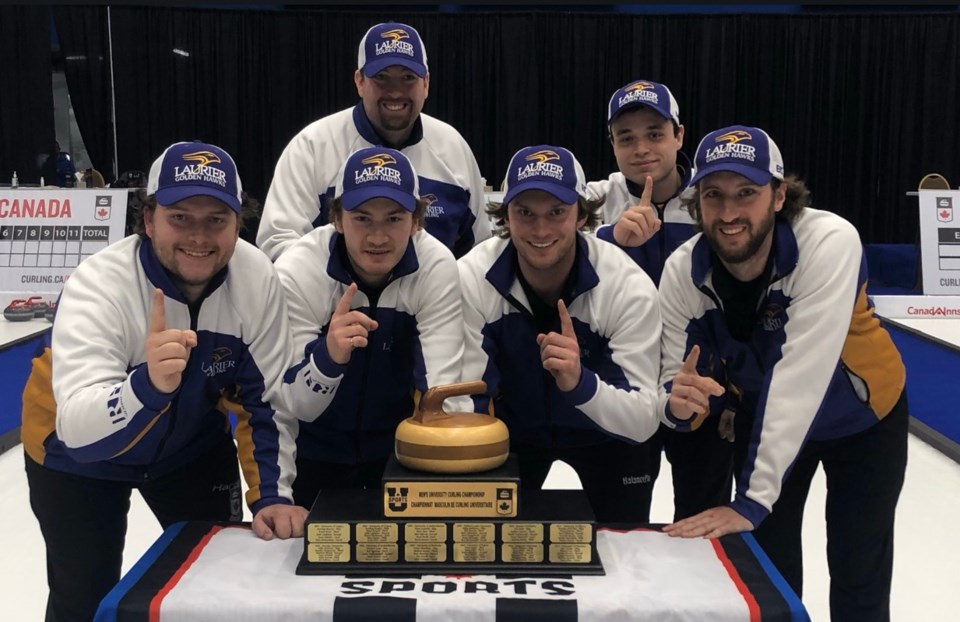 A national championship banner is coming to Wilfrid Laurier University.

The squad, led by Matt Hall, took an 8-5 decision over the Dalhousie Tigers in the gold medal game, after taking down the Guelph Gryphons 8-4 earlier in the day to reach the final.

Laurier finished a perfect 9-0 in the national tournament.

The Tigers would snag a point in the first end, but by the time the fourth end finished, Laurier was up 5-1 and never surrendered the lead.

All four Hawks shot for at least 80 per cent.

CLICK HERE to learn more about Hall and the team, as they headed for the national tournament.