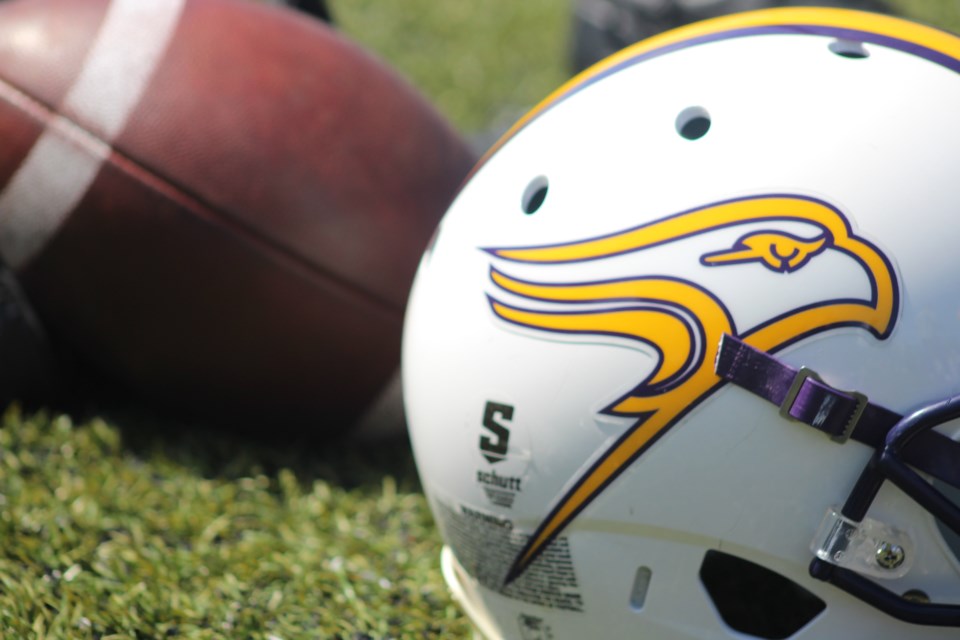 There's a confidence about Bryce Bell.

The Waterloo native has had quite the path in his football career, from his first experiences playing the game at Sir John A. MacDonald Secondary School, to playing for the Cambridge Lions and moving on to a lengthy career with the Laurier Golden Hawks.

And this coming Tuesday, all of that culminates with an opportunity to hear his name called at the CFL Draft.

Bell goes into the draft as an offensive lineman, and is the only OUA player that cracked the CFL Scouting Bureau's final top 20 ranking.

But he actually started on the defensive side of the ball.

"After a few summers of working construction, I put on some weight to my frame and the coaches thought it was better for me to play O-line and D-line," he said.

From there, he gave credit to SJAM Highlanders coach Josh Alexander for opening Bell's eyes to play university football.

"I've always had a great love of sports," Bell commented, "And seeing football, and enjoying it so much and creating a love for it in high school, I just wanted to carry that forward into university and it just built every single year since."

That love has helped Bell reach some great heights, including being a part of Laurier's 2016 Yates Cup Championship team.

As he wraps up a bachelor's degree in business and set to graduate in June, his attention is fully on football.

And it's been a draft year like no other.

Amid the pandemic, and no competitive football, teams had to find a way to get players onto the field and into the gym whenever possible -- including coaches shovelling snow off a field for practice -- and Bell said while it felt like a massive gap to not have a season, they did the best they could.

"A majority of us were still able to come to school and live at our student houses," he said, "And I give a great credit to the Laurier football staff, where they made the efforts to try and keep us as involved as possible with weekly meetings and when possible with health guidelines, weekly practices and restricted pods."

Bell believes he'd excel at either centre or guard at the CFL level, but feels confident he could play any position on the offensive line.

Looking at his strengths, Bell looks to his athleticism in the box, utilizing his speed and being efficient in his movements.

"I'm a very technical O-line player," he said, "I'm able to bend well and move fast and really impart a lot of force as a guy who wasn't really the biggest or strongest guy in the weight room, but was able to translate a lot of field strength."

There was a hesitation to enter the draft this year, but Bell said it just didn't make sense academically to stretch out an extra year, and he was also confident in the film.

Plus, after speaking with his agent and others close to him in the football world, he ultimately made the decision that leads into Tuesday night.

Bell said he hasn't been listening too much to the chatter and concentrated on being ready for training camp and securing a spot on a CFL roster.