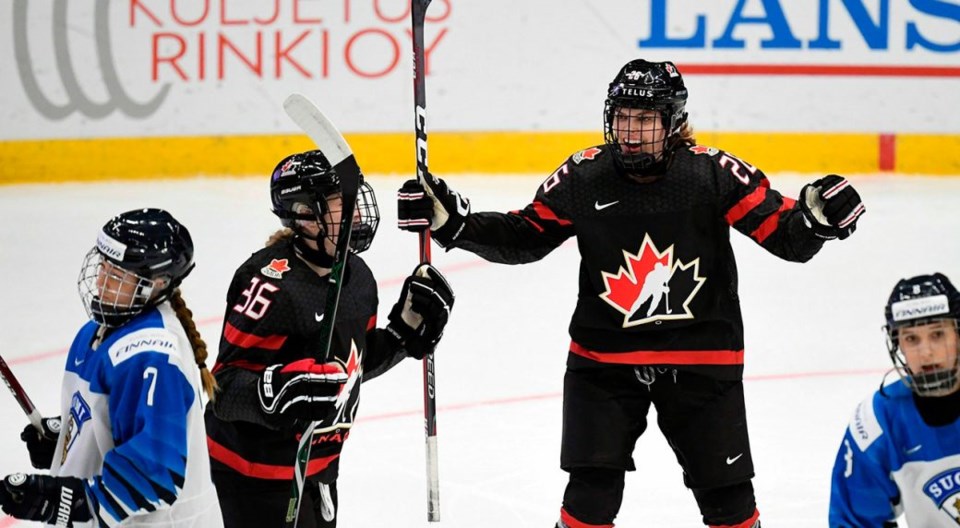 Kitchener native Loren Gabel is staying positive, despite not being included on the Team Canada women's Olympic centralization roster who will get to try out for the 2022 team.

"You'll get knocked down, and it's how you get back up and what you do after the fact," she said.

But it's not like the news didn't hurt to hear, and it hit even more when she was told the reasoning for the snub.

"(Head coach Troy Ryan and Hockey Canada's Gina Kingsbury) told me that I needed to compete more offensively," Gabel said, "But also told me that I'm an offensive player. So to me, that's kind of contradicting their statement."

"And then they proceeded to say that they thought I lost the passion for the game."

The 23-year-old said that statement caught her by shock, adding anyone who truly knows her knows how much she loves the game of hockey, considering it and working out her full time job.

"I shoot pucks every day, I stick handle every day, I go on the skating treadmill, I go in the Sense Arena, which is virtual reality," Gabel said.

"I do all this stuff, besides going on the ice and everything that I don't think people see in the background."

"So to me, that stung a little bit and it just comes from people really not knowing me."

Gabel, who has already built quite the resume in her hockey career, is still focused of one day making an Olympic hockey roster.

She isn't losing all hope, noting anything can happen in the next year, including injuries.

"I'm just going to keep my head up, work hard and continue to improve my game and find that passion, I guess," she said.

"Other than that, I'm just going to keep my options open for this year of where I'm going to play."

You will get to see Gabel lace up the skates later this month.

She'll be a member of Team Sonnet on the Canadian leg of the Secret Dream Gap Tour, put on by the Professional Women’s Hockey Players Association (PWHPA) in Calgary May 24-30.