The Sens get former Kitchener Rangers forward Mikkel Boedker in the deal
Jun 19, 2018 8:31 AM By: Sportsnet 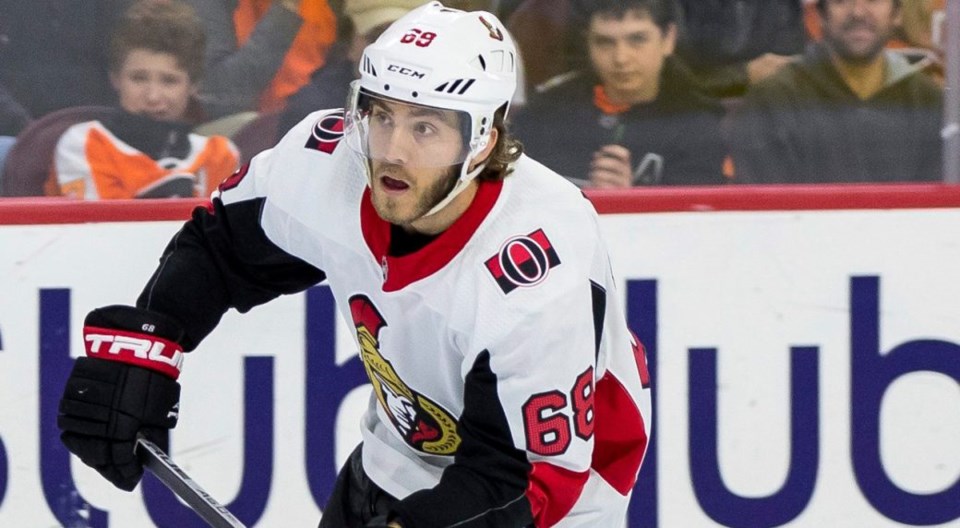 The Ottawa Senators have acquired former Kitchener Rangers forward Mikkel Boedker, Julius Bergman and a sixth-round pick in the 2020 NHL draft from the San Jose Sharks in exchange for Mike Hoffman, Cody Donaghy and a fifth-round pick in 2020.

“Today’s trade showcases our determination to strengthen the future of the team by improving chemistry, leadership and character in the locker room and on the ice,” said Senators general manager Pierre Dorion in a press release on Tuesday. “We are confident it is a step in the right direction for the long-term success of this organization.

“Mikkel Boedker is a competitive, versatile, two-way forward who can play both wings,” added Dorion. “He has a track record of playing his best hockey in the most important games, including the playoffs and internationally. His skill set – in particular his speed – along with his veteran leadership fits with our vision for the team.”