A successful finish for the Kitchener Rangers, taking out the North Bay Battalion 4-3 to finish their first-ever preseason showcase at The Aud
0
Sep 2, 2018 6:17 PM By: Mark Pare 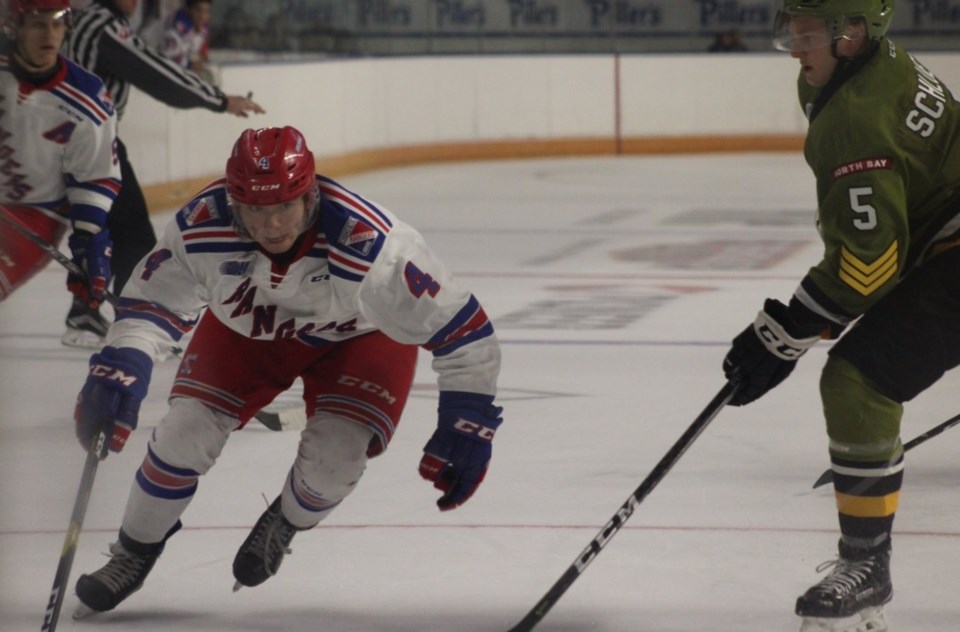 Dallas Stars prospect Riley Damiani scored the winner early in the third to give the Kitchener Rangers the 4-3 win over the North Bay Battalion Sunday afternoon.

It was the finale of the three-day preseason showcase held at The Aud.

Justin Brazeau replied with two goals and an assist for the Troops.

Lucas Richardson stopped 39 shots in the win, while Christian Purboo turned away 29 in the loss.

In the early game, the Saginaw Spirit scored twice in the last five minutes of regulation --- including an empty netter --- to beat the QMJHL’s Moncton Wildcats 3-1.

The Rangers finish off their preseason with a home-and-home series against the Niagara Ice Dogs.

The front half goes from the Kitchener Memorial Auditorium on Friday, September 14 at 7:30 p.m.

The second game goes the next night, Saturday, September 15 at 7:00 p.m. from the Fleming Centre in Beamsville.

Following that, the Rangers open up their 2018-19 regular season Friday, September 21 at home to the Flint Firebirds.