The Toronto Maple Leafs advanced to meet Kitchener by completing the first-ever IBL playoff no-hitter
Aug 16, 2018 5:15 AM By: Mark Pare 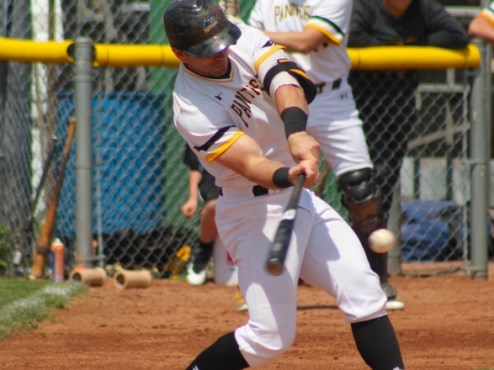 The semi-finals have been set in the Intercounty Baseball League.

And it was a historic Game 5 victory for the Toronto Maple Leafs last night to get the job done.

The Leafs' Zach Sloane and Marek Deksa combined to pitch the first playoff no-hitter in IBL history, as they beat Guelph 6-2 Wednesday night.

They will now have to tangle with the Kitchener Panthers in a best-of-seven series, while Barrie meets Hamilton in the other.

Game 1 is set for Friday night at 7:30 p.m. from Jack Couch Park in Kitchener.

The rest of the schedule looks as follows: