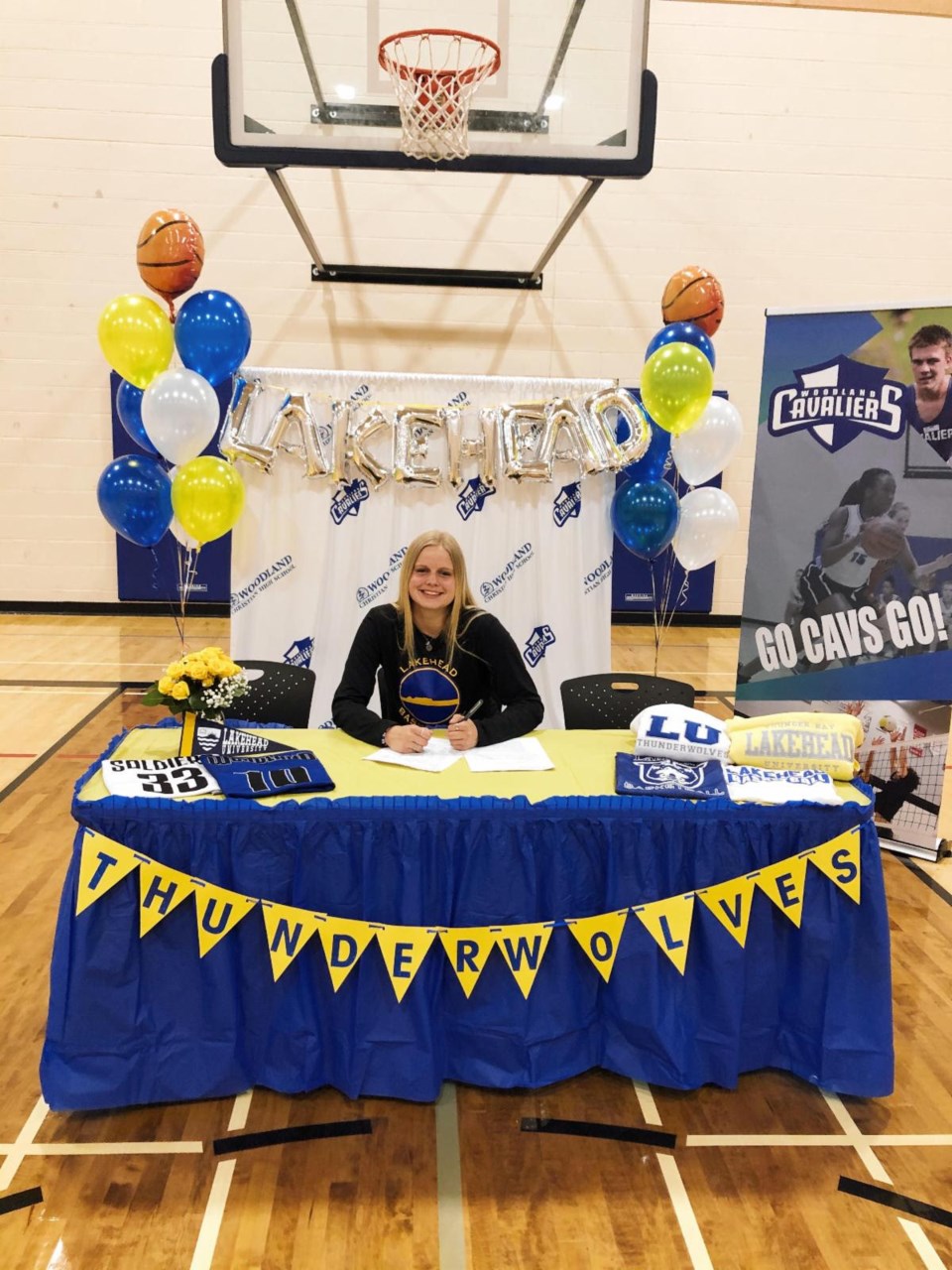 Kitchener's Mae Drost will be making the long trek to Thunder Bay to play basketball, and continue her schooling.

The Cavs also won a pair of OFSAA medals in the last two seasons.

"I chose Lakehead because of the instant connection I felt with the girls on the team, the coaches and other faculty members on campus. Lakehead offers smaller class sizes and more hands on experience in the classroom, which is something I found very beneficial. Thunder Bay has a welcoming atmosphere and a great community of fans, it instantly made me feel at home. I am so excited to begin my journey here." Drost said in a release.

The last two seasons, she was coached by Stu Julius, a former coach of the women's team at Lakehead.

"Mae's strength as a basketball player is that she can play multiple positions. She is an outstanding passer especially in transition, and has the ability to hit the open three! More importantly, she plays with an edge and she is super competitive. I know that she fits the mould of a Lakehead player and LU has a diamond in the rough." said Julius.

Drost will be enrolling in the university's business program.