'Just the beginning' for Kitchener's Jamal Murray, ahead of NBA West Final

Denver Nuggets star Jamal Murray sat down to discuss his upbringing in the region, and the impact he's having on both local kids and Canadian basketball as a whole
Sep 18, 2020 8:30 AM By: Mark Pare 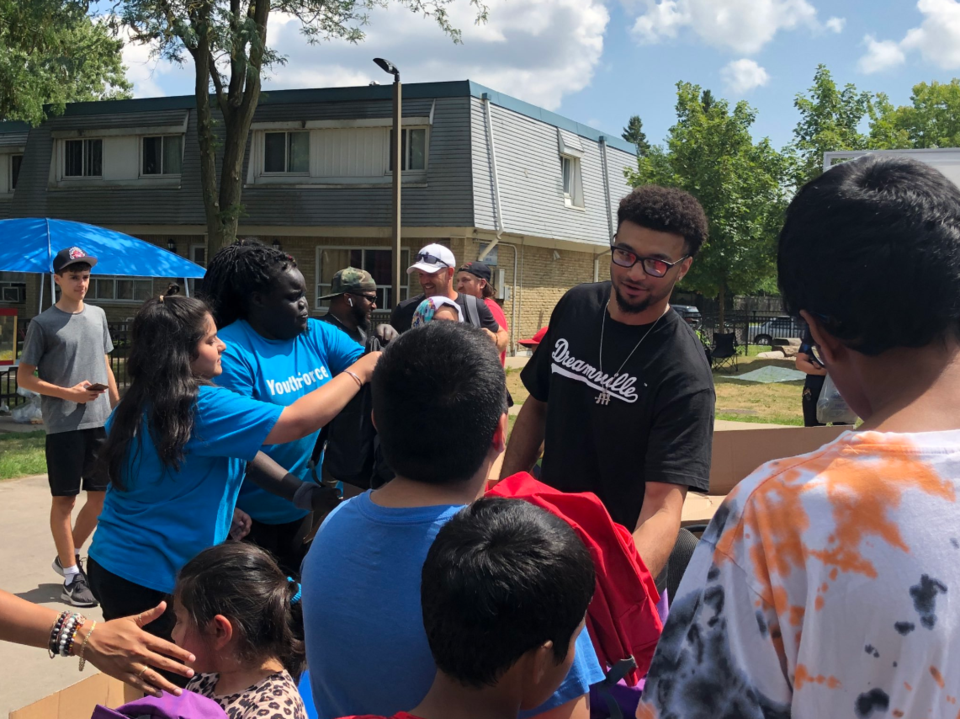 Jamal Murray is becoming more of a household name with his play in the NBA bubble.

But as he and his Denver Nuggets teammates prepare for the Western Conference Finals against LeBron James and the Los Angeles Lakers Friday night (at 9:00 p.m.), the Kitchener native isn't forgetting his roots, and believes this is just the beginning.

For both his NBA career, and the impact he'll have on Canada basketball and Waterloo Region.

"It's only my second playoffs, and there's so much improvement I know I can make of myself and I can make of the team," the 23-year old said, noting he can't wait to work on more things in the offseason with his dad Roger.

The thought of home is a pleasant one.  You can tell just by Murray's voice how much pride he has for his hometown.

"One time for the City of Kitchener," he began beaming, asked about his time growing up hooping at the Stanley Park Community Centre.

"We got a lot of talent down there too, it's not just me.  I still go back home and I'll have rounds with those guys that I know over there and all the kids I grew up with.  It's just a whole lot of fun being back home in that environment."

Murray says hard work pays off, and it's definitely helping him in the post-season.

He posted two 50 point games in the first round against Utah.

And then he followed that up by becoming the second youngest player ever to post 40+ points in a Game 7 situation, doing so against Kawhi Leonard and the LA Clippers in the West semi-finals Tuesday night.

"All the young kids out there that have a dream in basketball, or dream in a sport, I was a kid just like you guys," he said, "I put in the work, trusted the process and kind of demanded more of myself, and put myself into positions to succeed."

Murray also discussed wanting to help Kitchener even more, giving Mayor Berry Vrbanovic a shout out for the work he's put in.

"The basketball court's amazing," he said, "Those kids now have a safe area to play.  Growing up, I had a court like that and it kept me out of trouble a lot of times.  It's good to do the same thing for all the young kids that are growing up, that have a dream and want to go somewhere with basketball."

He said he's got a lot of things he wants to have in the community, but for now, he's concentrated on the task at hand.

But not impossible for the Denver Nuggets, who have come back from 3-1 deficits in both of their previous series, the first team ever to do that in the same playoffs.