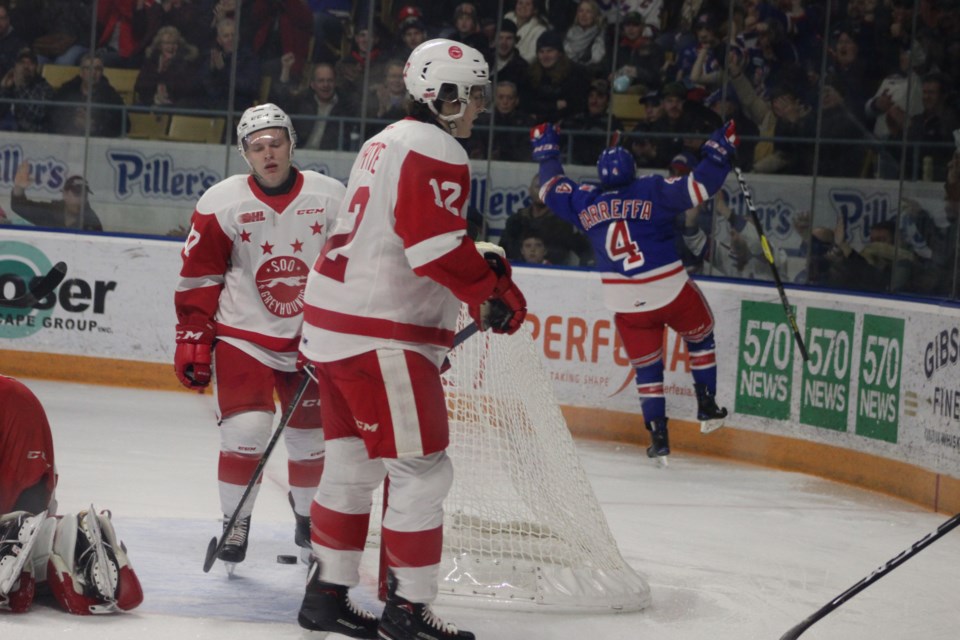 Former Kitchener Rangers player Joseph Garreffa has signed a contract with the San Jose Barracuda of the American Hockey League.

The Barracuda are the farm club for the NHL's San Jose Sharks.

“Joseph is a highly competitive, dynamic player who makes plays and creates offense at a high tempo and we’re excited for him to join the organization,” said Joe Will, General Manager of the Barracuda.

The 20-year-old Toronto native, who played his final season in the Ontario Hockey League with Ottawa, finished seventh in points with 90 (36 goals, 54 assists).

Garreffa spent four seasons with Kitchener prior to joining the 67's.

He ended his junior career with 315 points, and a plus-13 rating.