There is also a new rule change regarding extra innings, as the IBL will adopt the MLB's new rule where the team at bat will start with a runner on second base
Jan 21, 2021 10:35 AM By: Mark Pare 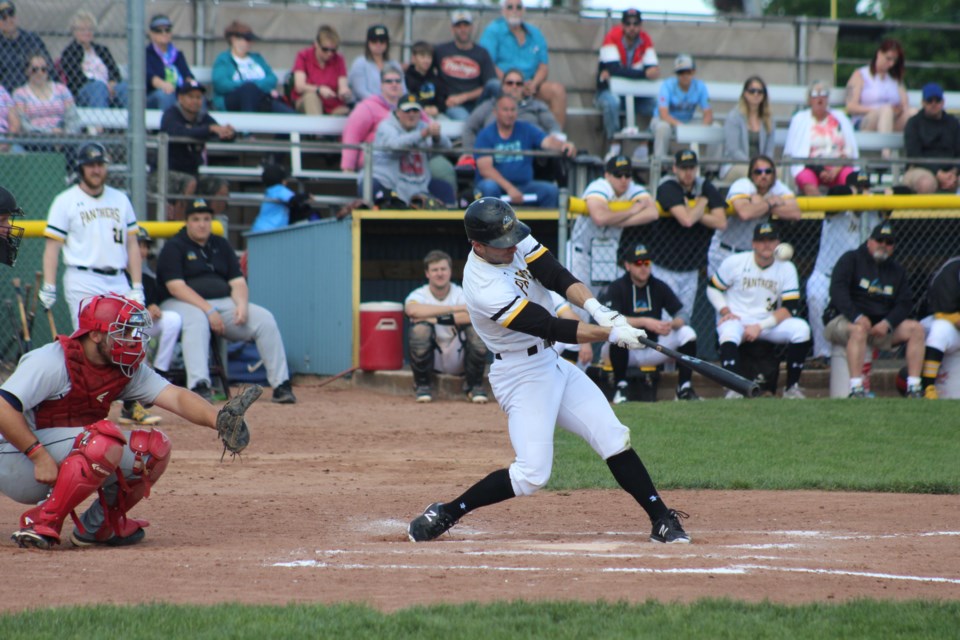 File photo. Kitchener Panthers' Tanner Nivins makes contact with a baseball during an at bat against London on Sunday, June 2, 2019. Mark Pare/KitchenerToday

The Intercounty Baseball League is on its way back to the field, after the pandemic forced the 2020 season to be cancelled.

Officials set a target date of June 1, and will stick to a 36-game schedule.

A schedule is expected to be released in the coming days.

The league said in a release there will also be a rule change implemented, a familiar one to baseball fans.

The IBL will take on the extra inning rule, where a team goes up to bat with a runner on second base.  The rule was implemented in Major League Baseball in the 2020 season.

The runner on base will be the person last at-bat out for their respective team the last inning.

However, things would have to be sorted out with attendance first, at least for the Kitchener Panthers.

As a not-for-profit, it's just not worth it to field a team with even a reduced attendance.

"For us to pay the bills, we have to have about a minimum 300 people in the stands," said Bill Pegg, President of the Panthers.

He said if the province turns around and says the team can only have 50 people in the park, "it's just not happening."

"We have that responsibility just to keep the team operating, and if we gamble and lose, it would be devastating," he said.

There is also hope from Pegg, that if restrictions are lifted and fans are allowed back, it'll create a slingshot effect and prompt residents to go take in some live sports after not being able to because of the pandemic.