The Guelph Storm jumped out to a 3-0 lead and held on late despite the resilient Rangers' rebound
Mar 23, 2019 6:50 AM By: KitchenerToday Staff 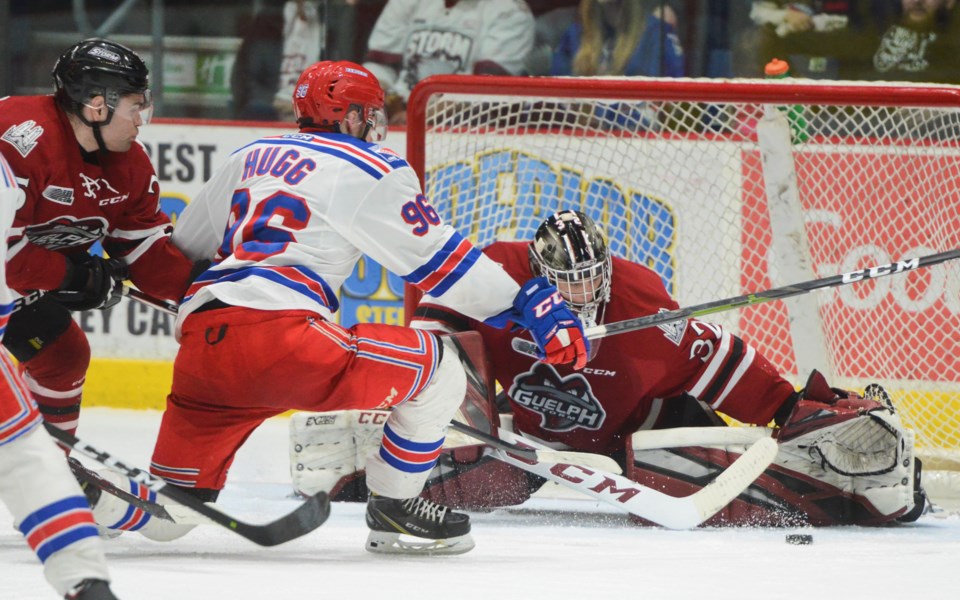 For the Kitchener Rangers, it's important to remember it's just one game.

The Guelph Storm came out in Game 1 flying, and dominated early and often with their skill, size and speed.

They scored twice in the first period on 19 shots, and if not for Rangers' goaltender Luke Richardson it could have been much worse.

"We expected to see the best Guelph had to offer in that first period," said Kitchener head coach Jay McKee. "They got an influx of a few injured players back into the lineup, they made trades to make a run, they're at home to start the playoffs. We knew they'd have some extra juice, and an extra gear."

The Rangers had six players experiencing playoffs in the Ontario Hockey League for the first time.

"Going back to my first year, you don't really grasp a good understanding of what playoff hockey is until you play," said overage defenceman Kyle Gentles. "In the first [period] we were a little bit hesitant."

Leading 2-0 after 20 minutes, the Storm would add another just 5:36 into the second period.

But, then came the Rangers' resiliency.

Greg Meireles scored early in the third and Cole Cameron scored his first goal all season pulling the Rangers' within one.

A missed opportunity on the power play late in the final frame cost Kitchener, and the Storm stopped the comeback with 70 seconds left, and the Rangers goalie pulled.

Guelph gutted Kitchener 4-2 in Game 1 of the Western Conference Quarter-final.

"Our leaders have been great, they keep pushing hard," said McKee. "If we had another five minutes, maybe we could have pushed for one. There's a lot of belief in the room still."

"It's just one game, it's a seven-game series."