Elmira's Rank takes lead into Round 3 of Mid-Amateur Championship 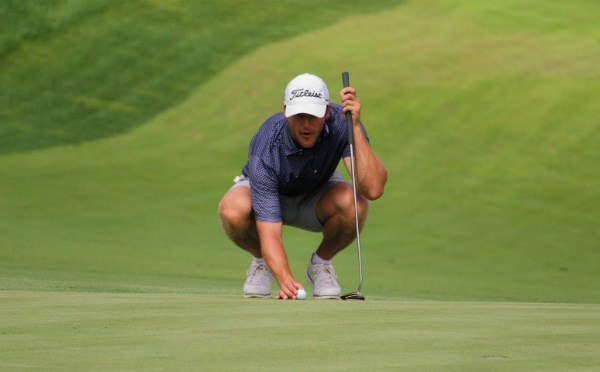 Rank during Round 2 of the 2019 Canadian Men's Mid-Amateur Championship. Photo: Golf Canada

Elmira's Garrett Rank holds a two shot lead heading into Round 3 of the Canadian Men's Mid-Amateur Championship on Thursday.

Rank shot a one-under-par 70 in Round 2 Wednesday, increasing his lead by two strokes.

The National Hockey League referee is now six-under for the tournament.

"It was kind of tricky with the wind, and the greens were definitely a lot firmer than they were yesterday afternoon," said Rank. "I'm not happy with my back-nine. I probably gave away four shots, which makes lunch taste a little worse, but it’s a long week and we're only halfway through."

The 31-year-old is after his fourth Mid-Amateur title.

The tournament is being played at Summit Golf Club in Richmond Hill.